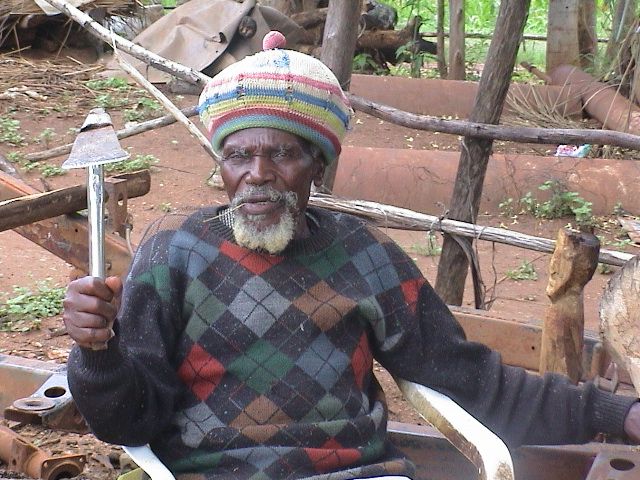 Jackson Hlungwane was one of the best wood sculptures ever in the Limpopo Province. Some of his best works have been sold throughout the world, as he was well known in the art community. When he started woodcarving at an early age he was noticed immediately by art dealers who gave him an opportunity to exhibit his works at venues in many famous places.

Many people admire Jackson’s work, so much so in one case that the giant motor company, BMW, presented him with a brand new 7 series BMW car working acknowledgment of that. Although Jackson was never rich man due to his lack of education during apartheid, he made sculptures at his village at Mbokota with his grandsons until his death in January, 2010. He died at his home in Mbhokota, near Elim, in Limpopo Province.