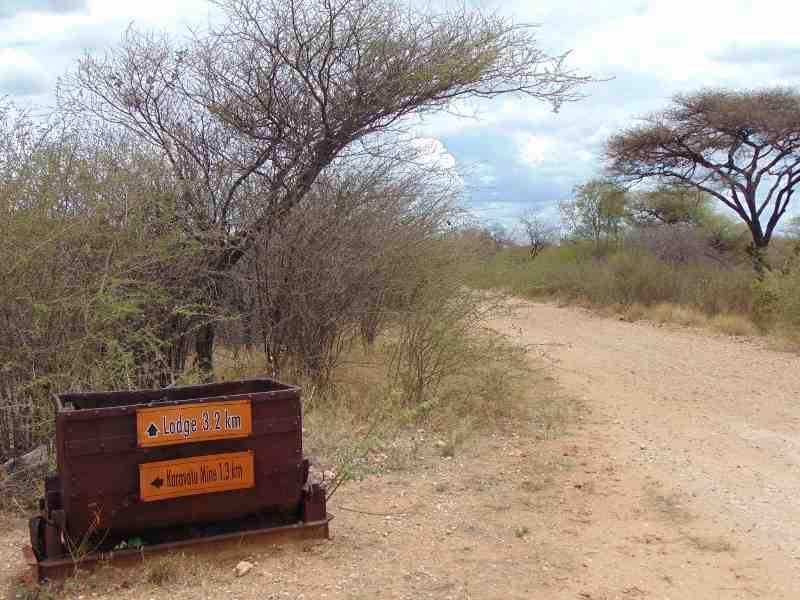 The Karavatu Mine is an old copper mine between Otavi and Tsumeb, and was the first place the mineral Mottramite, one of the first vanadium-bearing species found in the Otavi Mountains was discovered in 1919. They were dark brown to black in colour and formed coatings on rocks or aborescent clusters of crystals.