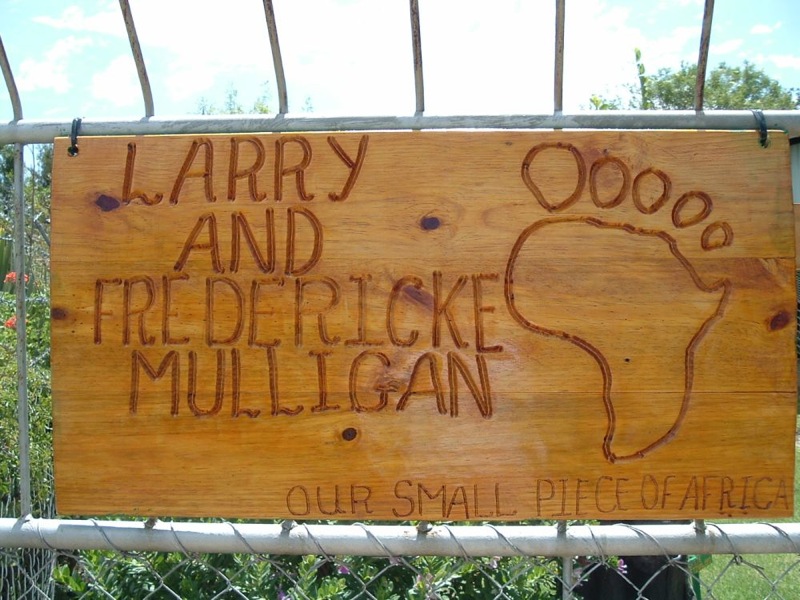 Visit Larry and Fredricke at their home situated at Durnacol. Experience their clivia and orchid collection in the tranquil surroundings of their garden. Larry has excelled in propagating new species of clivia through cross pollination and has won numerous first prizes at flower exhibitions. He is passionate about sharing his knowledge with visitors.

In Larry’s own words:

“When I was retrenched in 1999 I decided to use this as an opportunity to do what I’ve I wanted to do all my life – to grow flowers. I have a self-built tunnel and two large green houses. I joined the Clivia society in 2000 and started by purchasing a few seeds and planting them. The Clivia is an indigenous plant that is used by the Inyangas (traditional healers) for medicinal purposes. The first plants were removed from SA and taken overseas where they were improved in the eighteenth century. South Africa has a Clivia society with branches all over the county, and host flower shows during the month of September every year. There are many fine breeders of these beautiful flowers in South Africa; I am just a small one.’”

It is now possible to get some of the plants from the breeders without having to remove them from the forest, which is putting these plants in danger of becoming extinct. It is one of the most beautiful flowers in our country.

There are five species of the plants in South Africa:

Clivia growing is big in Japan, China, Australia, Belgium, the United Kingdom, New Zealand and the USA, and these countries all have Clivia societies as well.

The flowers flower at different times, depending on species.

“I am old and wish that by allowing visitors to visit my collection that this will allow an opportunity for a young person to start a Clivia collection, which could be very rewarding for him or her. I get between 100 and 150 visitors during September and this gives visitors the chance to see so many at once. I have presented at the show twice – in 2003 and 2004 – and won the best on show, runner up to best on show and first place in 2004. I would be prepared to, and enjoy, sharing my knowledge and skills with anybody that would like to start growing Clivias.”