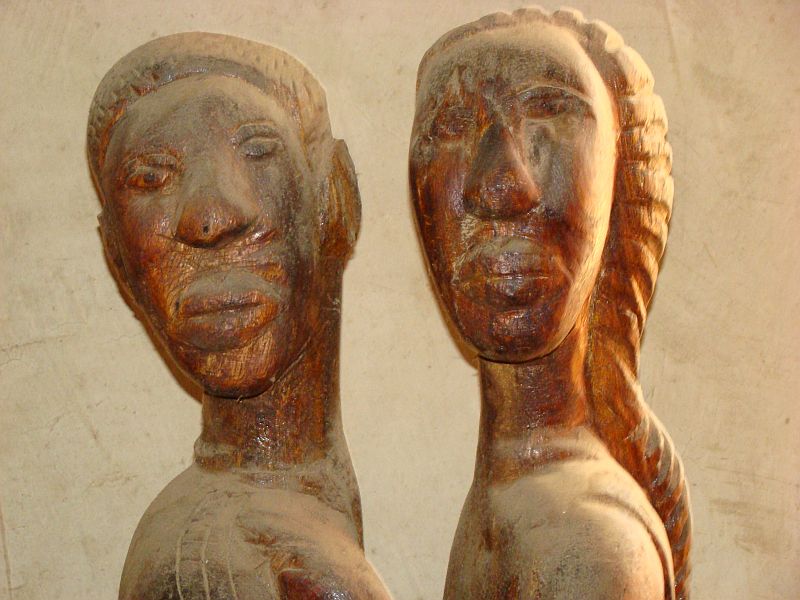 “Anglovaal Mining wanted to use the 2002 World Summit on Sustainable Development as a platform to show the world what wonders are being created in small corners of the country. The company decided to exhibit the drum on Masuvhelele’s behalf because of it’s extraordinary size and beauty”, said Teboho Mahuma, general manager of communications at Anglovaal just before the start of the 2002 WSSD, (courtesy, article on the Star Newspaper, March 2002).

Masuvhelele spent fourteen months painstakingly carving the drum after noticing that one of the mighty Muvhambangoma, or a flat crown trees, in the area was dying. He has nicknamed it “the millennium drum” because it was completed in August 2000.

“My grandmother used to admire the tree and I remember her saying how wonderful that big tree was.  In my mind, I always thought that the wood was maybe 500 centuries old. I went to the local chief and asked for permission to use the tree to make my drum, and he granted it.”  There was one certainty in Masuvhelele’s mind as he worked – that the drum would travel the world.

The drum-maker said he was born with his skill and that his father, also a drum-maker, honed his talents. Masuvhelele converted one of the rooms in his rondavel-like home into a rural gallery for his sculptures and drums.

“I want them to show the world that people who live in South Africa can make such big, wonderful things.  I hope people enjoy it.” Said Phineas Masuvhelele.