The Kimberley Club and Boutique Hotel 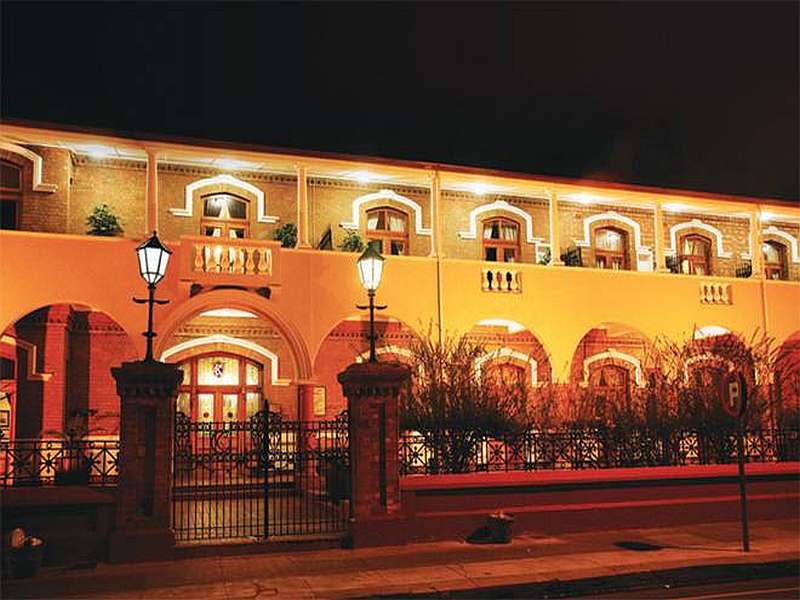 The Kimberley Club was founded in August 1881, by Cecil John Rhodes, then only 28 years of age. It was on the veranda of this club that he worked on most of his ideas, including the colonization of the land north and south of the Zambezi River, then named in his honour as Northern- and Southern Rhodesia. Today this area constitutes Zambia and Zimbabwe.

The billiard room of the club was the setting for the famous deal between Barney Barnato and Rhodes in 1881, whereby Rhodes acquired Barnato’s share of the Kimberley diggings for just over four million pounds, the single biggest check written out of that time.

The club only recently opened up for non-members to spend the night. It offers excellent overnight facilities, a restaurant and a bar. The whole building and rooms is restored to it’s former glory, while showcasing an immense array of historical artifacts from the 1800’s and early 1900’s.

A visitor to the Kimberley Club once said: “This place is stuffed with money – here is probably more millionaires per square foot than any other place in the world !”.

A night at the Kimberley Club is an unforgettable experience.