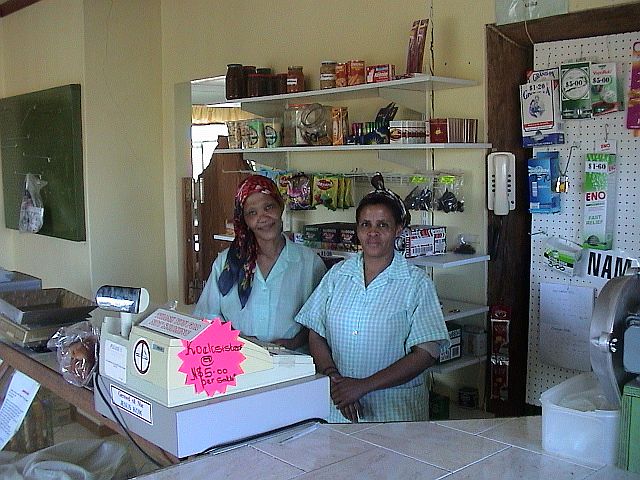 Kuibis Restaurant opened in 1997 as a small establishment, but customer demand soon led to expansion. Kuibis is known locally as t...

Kyk-in-die-Pot directly translated into English means “look inside the pot”. The road and the Route got its name from a house that can be found on this road. The house is built at such an angel to the road that you can look into the kitchen and see what is cooking in the pot. This is a scenic route through spectacular landscapes and an ideal day trip from Rosh Pinah.

To follow the Route, take the C13 out of Rosh Pinah towards Aus and turn right onto the D727, 75km outside of Rosh Pinah which is known as the Kyk-in-die-Pot Road. Fuel up before leaving Rosh Pinah as there are no fuel stations en-route. The total length of the road is 128km and if you are lucky you can spot kudu, springbok, baboons and maybe even zebras along the road. The road used to be a two wheel track, but has been upgraded in recent years and is well maintained, but it is not recommended to travel on it at night.

There are various mining sites along the road and a few claims for diamond prospecting have been laid. You will also see a quarry where marble was being mined and there are even rumours of a French geologist prospecting for oil. The farm Aukam had a tin and graphite mine that was discovered by Namaqualand Pegmatite prospectors. Although the mine was last operational in 1965 it used to produce eight to twelve tonnes of tin concentrate per month and up to 400 tonnes of graphite per month in its heyday.

Just before the road meets up with the B4 to Lüderitz and Keetmanshoop, you will see a water tank where they used to store water for steam locomotives. The Schakalskuppe (jackal domes) station adjacent to the tank was used to load the tin from Aukam for transport to the harbour in Lüderitz. When you meet up with the B4, you have 50km to reach the town of Aus travelling towards Lüderitz. Before you reach Aus however, make sure to stop in at Kuibis Restaurant where you can see a stokstert meerkat (slender tailed meerkat or suricate) that is completely tame. The animal is so used to visitors that it will run out to greet you with the hope of receiving sweets in return. Namibia
This scenic route through spectacular landscapes makes an ideal day trip from Rosh Pinah. You may see wildlife such as kudu and zebra and there are mining sites along the road.