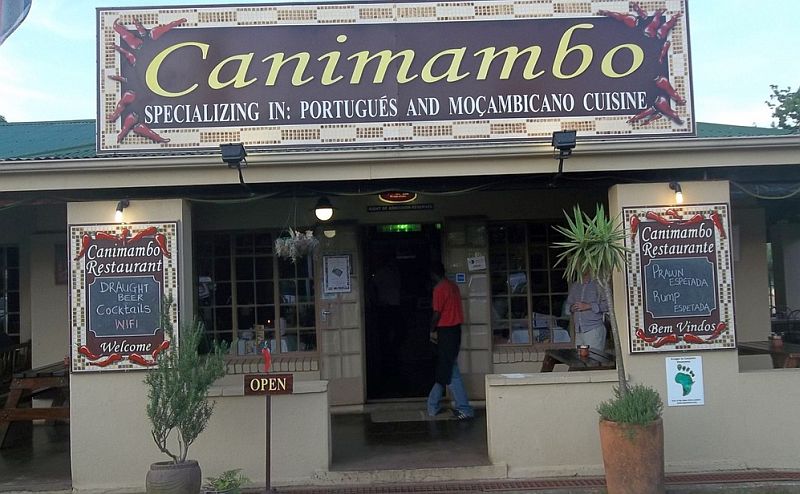 Canimambo is a family run restaurant, where you can meet Carla, the Mozambican/Portuguese owner, husband Lance, sons Sean and Wesley, and daughter Courtney at Graskop, and daughter Nicole and husband Nando at Dullstroom. We pride ourselves in authentic cuisine, friendly service and a cozy atmosphere.

Look out for the following when visiting Canimambo Portuguese Restaurant:

Being a sea-faring nation the Portuguese were intrepid explorers and amongst the first Europeans to visit the Cape of Good Hope in the 1500’s. In the Colonial era that followed they left their mark in various places on the African continent – Angola, Moçambique and South Africa. From the indigenous people they learnt the usefulness of chilies (peri-peri), which they combined with more traditionally Portuguese ingredients such as olive oil, lemon juice and garlic. Where European Portuguese food is delicately flavoured, Mozambican/Portuguese- South African cuisine is fearlessly fiery.