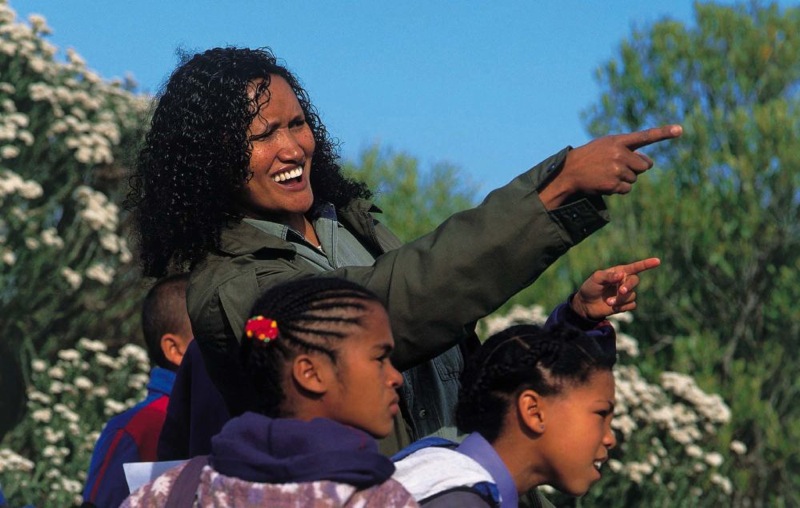 The objective for Driftsands is simple – to transform a nature reserve in the centre of one of the poorest and most densely populated areas of the Western Cape into a safe, multi-purpose urban reserve and a treasured community resource.

Driftsands is a 900ha reserve located less than 20km from the centre of Cape Town. There are significant social and economic challenges in the area of the reserve. Driftsands is in the midst of squatter shack settlements and low cost housing. It is adjacent to Khayelitsha, one of the most densely populated informal housing settlements in Cape Town. There are an estimated 550 000 people (65% of them unemployed) living within a 5km radius of the reserve. In response to this situation, the CapeNature , in cooperation with The City of Cape Town, has drawn up exciting plans for the development of a multi-functional urban park at Driftsands. These plans reflect CapeNature vision of combining biodiversity conservation with job creation and local economic development, and have already gained the support of local community leaders.

From a biodiversity perspective, Driftsands is also exceptionally important. It falls within the Cape Floral Kingdom, a global biodiversity asset and the only one of the world’s six Floral Kingdoms found entirely within one country.  In an inventory of critical habitats, the Botanical Society of South Africa identified Driftsands as one of the top sites out of 117 core conservation areas of the Cape Metro, containing as it does pockets of rare and endangered vegetation.  The best-known vegetation within the Cape Floral Kingdom is fynbos, and Driftsands Nature Reserve contains some of the last remnants of lowland fynbos.

Over the years, this habitat has been slowly but surely eroded and now 89% of the original lowland fynbos habitat no longer exists. Of the remaining 11%, a mere 3% is formally protected.

In addition to the rare plants, scientists have also identified at least seven birds (including the African marsh harrier, Whiskered tern and Marsh owl), one reptile (the Cape sand snake) and two amphibians (the Cape cacao and the leopard toad) that occur on the reserve.

At Driftsands Nature Reserve, CapeNature’s ‘urban’ reserve, the grand vision for its use by surrounding communities continues to be pursued. Collaboration between the CapeNature  and the Department of Social Services will see Driftsands being used as a venue to do ongoing youth counselling, with the aim of including the natural environment as part of the counselling process. A suitable site for an initiation village, where the traditional Xhosa initiation rites can be performed, has been established through public participation.  Another initiative that is well on track is the development of a cultural emporium that will be a hub for local artists and crafters to market their products to tourists. Other ideas for Driftsands include an organic vegetable garden, a medicinal plant nursery and the expansion of environmental education programmes.