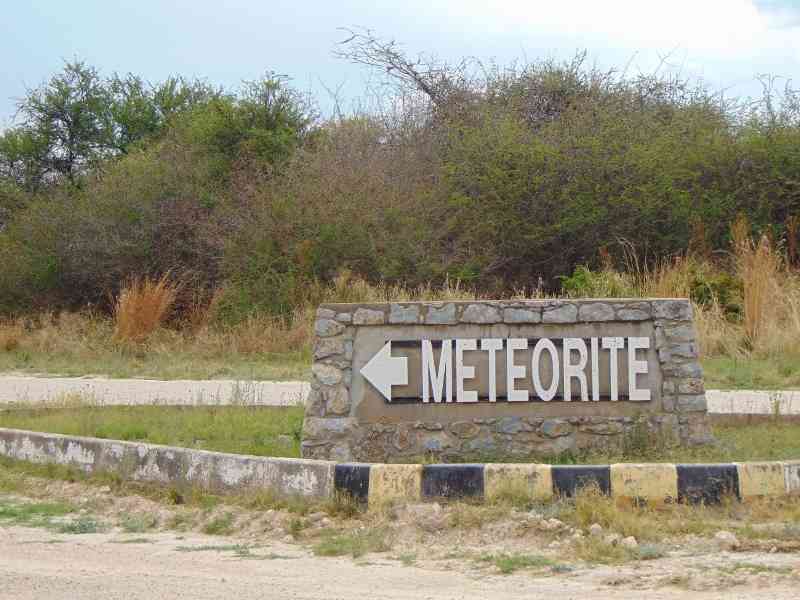 The Hoba Meteorite was discovered in 1920 on a farm named ‘Hoba West‘ near Grootfontein and is the largest known iron meteorite on Earth. It measures approxiamtely 2.95m in length to 1.2m in height and weighs around 66 tons. The meteorite is estimated to be 200-400-million years old and fell to earth only 80 000 years ago. It was declared a National Monument in 1955, but only became a tourist site in 1985 which has a small tourist centre and camping facilities are available.

The Hoba Meteorite is composed of approximately 84% iron, 16% nickel and trace amounts of cobalt and other metals. In 1954 the curator of the American Museum of National History tried to purchase the meteorite, but was unable to transport it across to the United States due to its size. A concerned group of locals raised the issue and a year later, in 1055, it was declared a National Monument. The site now has a small tourist centre and is visited by thousands of people each year. Camping facilities are availble near the meteorite.