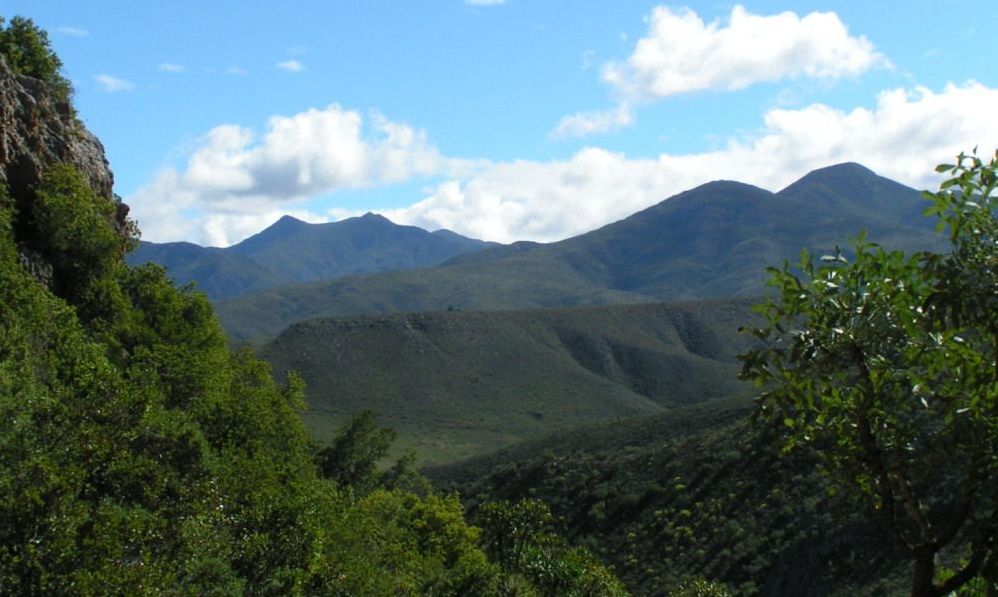 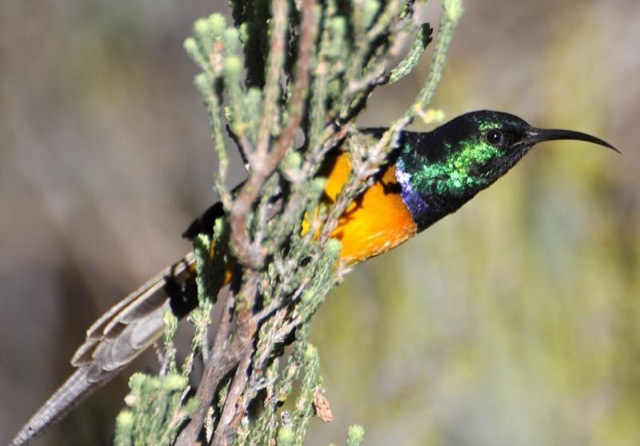 Blue Hill Escape Nature Reserve lies to the west of the Baviaanskloof Wilderness Area and shares two borders with the reserve. Its... Warm hospitality, superb country style cuisine and friendly staff welcome you to this stunning lodge built with natural stone from... On the brim of the magnificent Baviaanskloof Mega Reserve, in the heart of the citrus farming community of Patensie, lies the Ripp... Set up in the heart of the Karoo Heartlands, you will find Koffylaagte Game Lodge, a private game reserve located 130km from Port ... The Old Jail Guesthouse and Art Gallery, in the peaceful farming town of Willowmore, offers a unique experience for tourists, busi... Blydefontein Tented Camp is located in the Rietbron district between Willowmore and Beaufort West and provides a wonderful outdoor... 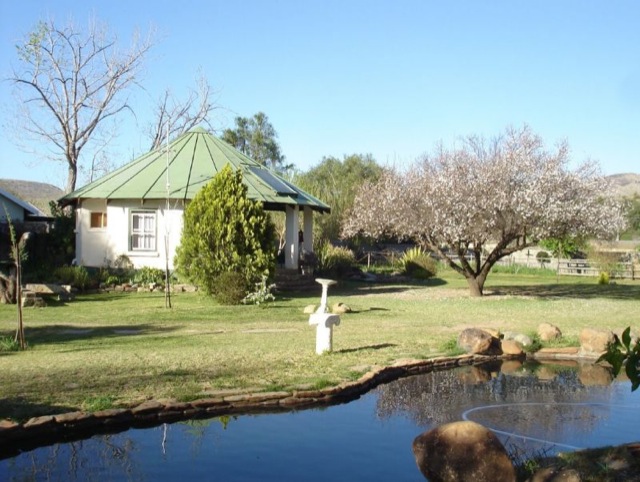 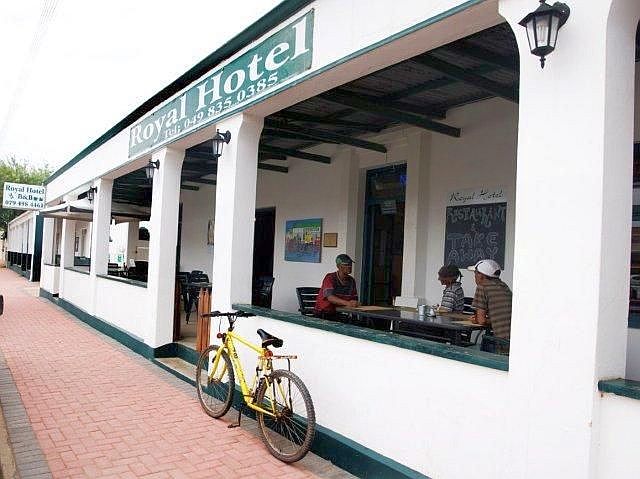 The Royal Hotel, dating from 1897, has a tranquil atmosphere with typical old-fashioned rooms. Should you have a group to entertai... Accommodation: The Guesthouse: The guesthouse has a guest wing with three beautifully appointed bedrooms. A double bedroom with ... 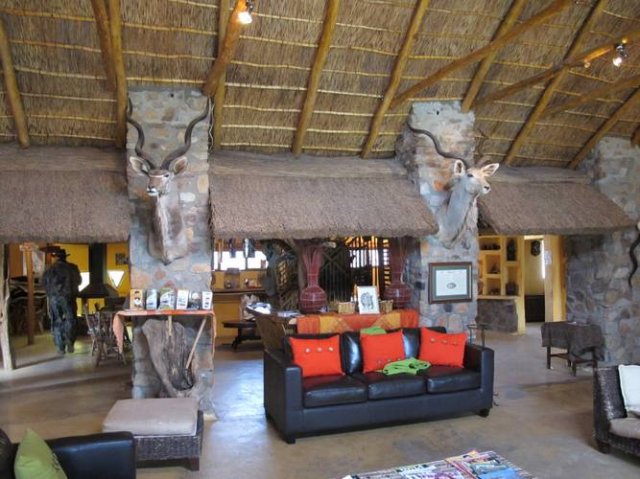 Tropical Eden consists of four villas on a large plot of land. Every villa offers spectacular views over the Gamtoos Valley and th... Camping facilities: There are three shady campsites, all with 220v electricity, water, lights and a large outside braai (... This beautifully restored farm cottage is located in the shady garden of the homestead. The cottage, dating back to the late 1800'... Experience an important piece of South African history in this historic building with Victorian furniture, old world charm and uns... Keurfontein Country House offers accommodation on either B&B, full board or self-catering basis and is famous for its Karoo la...

Van Rooyenskraal Guest Farm offers accommodation in two farmhouses that sleeps up to 20 guests. The houses are fully equipped for ... The Baviaans/Kouga 4x4 Route runs between the farm Rus en Vrede in the Baviaanskloof and Baviaans Lodge on the Kouga Mountain side... The Hankey Tourism Info Centre's mission is to promote and market the Gamtoos River Valley and surrounding towns in the Gamtoos Va... The Baviaanskloof has the potential to offer a journey through cultural sites and associated features that will showcase the remar...

Situated between the Kouga and Baviaans Mountains in the Eastern Cape, the Baviaanskloof, meaning “Valley of Baboons”, is the third-largest nature conservation area in South Africa. The route encompasses the broader Baviaanskloof area, including a World Heritage Site, incorporates the towns of Hankey, Patensie, Willowmore, Steytlerville and the surrounding areas. Further south east, the towns of Jeffrey’s Bay, St Francis Bay, Cape St Francis, Oyster Bay and Humansdorp offer a coastal gateway to the Baviaanskloof. Linking these towns with the Baviaanskloof Mega-Reserve is the Langkloof Route, which includes the rural towns from Kareedouw and Joubertina.

The Baviaanskloof Route is an eclectic mix of nature, culture, agriculture and communities. The route has seven diverse sub-routes (or regions), each with unique characteristics and visitors are encouraged to see the Baviaanskloof as a destination where they can spend at least a week.

The main road through the Baviaanskloof is a narrow, steep, gravel-surfaced, winding road through mountainous terrain. Many streams are crossed while driving the length of the kloof and in the rainy season the rivers can become impassable. Visitors should therefore check road accessibility before arriving. There are no refuelling points in the Baviaanskloof Nature Reserve. Visitors are advised to refuel before entering the reserve.

The Baviaans Route is in a malaria free area, where the climate is pleasant year round and visitors can still swim in clear mountain pools and drink from fresh river streams. The region is rich in tradition and local people have lots of stories to share a plate of traditional food and music. Donkey carts can still be seen traversing the dirt roads and on steep passes along parts of the Baviaanskloof.

The area has diverse flora and beautiful scenery. The people are down to earth and friendly and visitors are treated like family.

The region is blessed with numerous natural caves and rock shelters many of which were inhabited by early KhoiSan people over thousands of years. The shelters are home to remarkably well-preserved archaeological deposits and fine examples of rock art.

The route envisions that the entire community should benefit from tourism and therefore a number of development projects have been launched. These projects aim to provide income for unemployed people and assist them to acquiring skills. Many of the established guesthouses, farms and B&Bs on the route are involved in community development in one way or another, either through training, job creation and other social activities. South Africa - Eastern Cape
Situated between the Kouga and Baviaans Mountains in the Eastern Cape, the Baviaanskloof, meaning <em>'Valley of Baboons</em>', is the third-largest nature conservation area in South Africa. The route encompasses the broader Baviaanskloof area, including a World Heritage Site, Willowmore, Steytlerville and the surrounding areas.