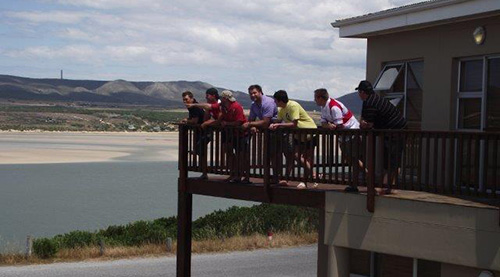 At Barry's, all houses are fully equipped for self-catering and linen and bath towels are supplied. They offer en-suite ... 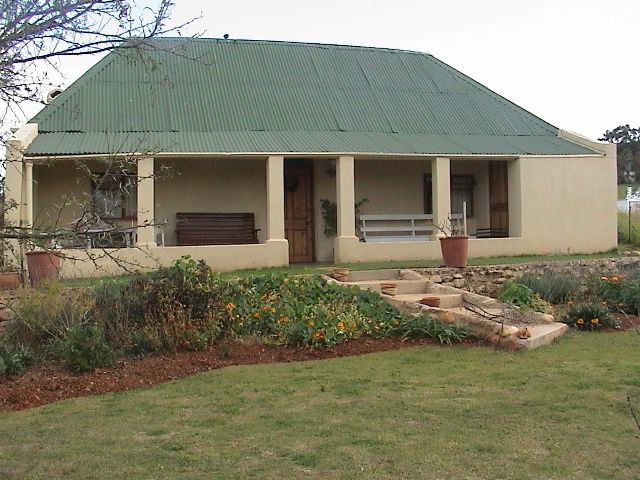 Willowtree Cottage is over 100 years old and was renovated during the latter part of 2002 to give it a home from home atmosphere. ... 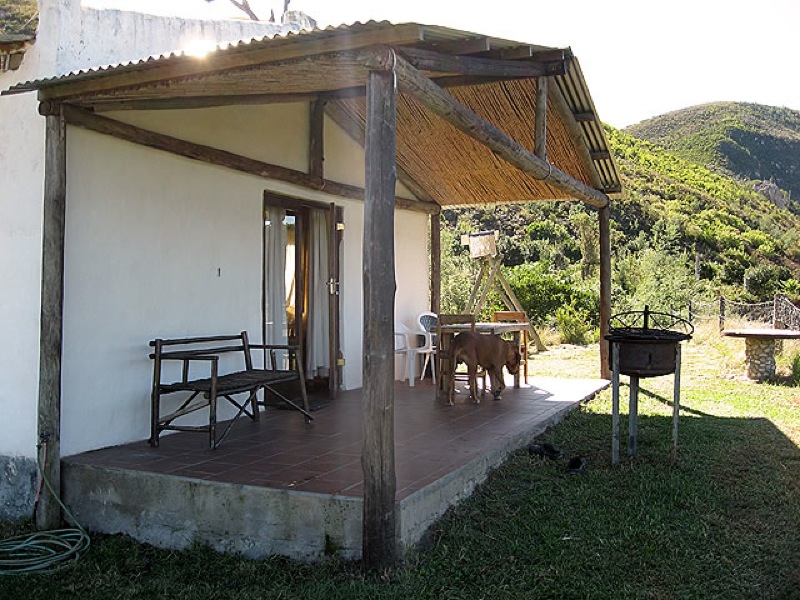 Lismore Farm has been in the Barry family since 1844, before which it was used as a horse-breeding farm for the Dutch East India C...

Honeywood Farm is located alongside Grootvadersbos Nature Reserve in the foothills of the Langeberg Mountains.  The farm has ... This guesthouse offers bed and breakfast facilities plus dinners. There are four bedrooms, with en-suite bathrooms. A visit to Wat...

Lismore Farm has been in the Barry family since 1844, before which it was used as a horse-breeding farm for the Dutch East India C... 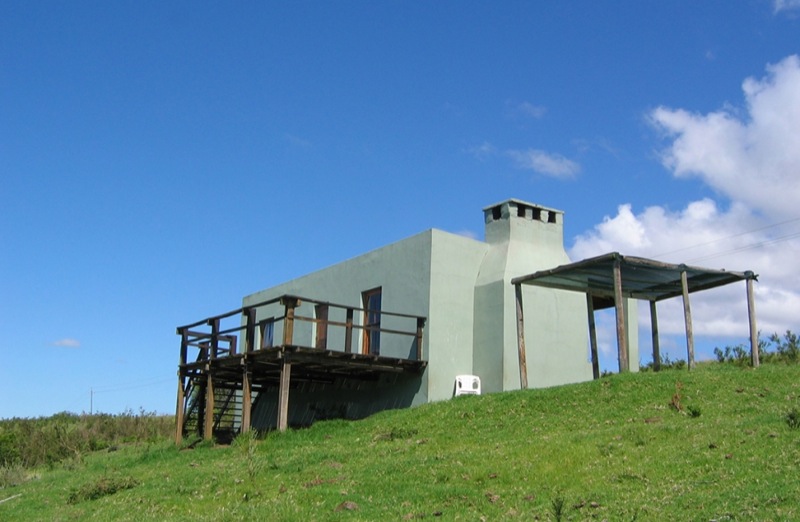 Honeywood Farm is located alongside Grootvadersbos Nature Reserve in the foothills of the Langeberg Mountains. The farm has been i... 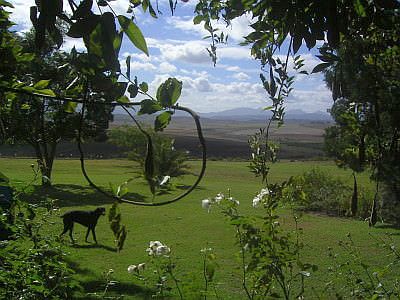 There is a farm in Africa… Skeiding… Close to the N2 and half way between Cape Town and Knysna Skeiding is a 1200ha ...

This backpackers centre (that is run by the church) has accommodation for 40 people, a fully equipped kitchen and a conference hal... 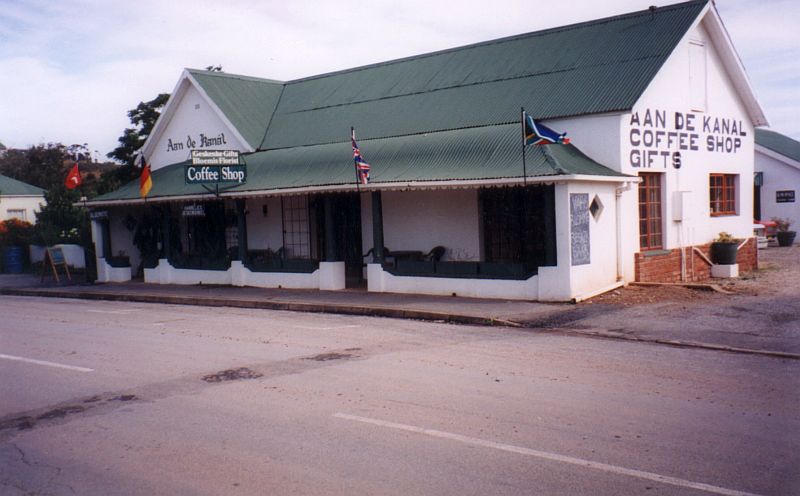 "Your place of rest after a long and tiring journey." The Aan de Kanal Oppie Hoek B&B and Coffee Shop is situated, as its nam... Louise explains their business in her own words: “Star Nation Art Studio is my husband and my business. We are both artists... Ann van der Walt is an artist resident in Heidelberg. Visit her home to view or buy paintings in oils and watercolour. Landscape, ... This shop stocks a wide range of material, wool and haberdashery beads are also available. Anette explains: “We wanted to ...

For many years the Suurbraak Chair Bodgers have been carving out an existence as a co-operative worker-owned business. The furnitu... Grootvadersbosch (near Heidelberg) is one of the province's lesser-known reserves, which, for those who know it and keep returning...

Grootvadersbosch (near Heidelberg) is one of the province’s lesser-known reserves, which, for those who know it and keep ret... Blue Crane Farm Shop is a must visit for those passing through the area or for those staying a little longer. The farmstall is eas...

The police station in Suurbraak is working with the community to make tourism to Suurbraak a safe and pleasant experience. Heidelberg Info is a one-stop-shop for visitors wanting more information about the area, accommodation bookings or a quick perusal...

Suurbraak was a mission station enfolded by the Langeberg Mountains. The village is well worth a visit as many of the original hou...

Van Der Walt Attorneys is a general attorneys business, based in a beautiful old building. Spar is a supermarket with a variety in home essentials. Spar is a service provider for the tourism industry.

The Xairu Blue Crane Route is one of four blue crane routes in the Western Cape. It is located in and around the town of Heidelberg, which is about 276km east of Cape Town on the N2 national road. Heidelberg is fondly known as the ‘gateway to the garden route’.

“Xairu” (pronounced with the ‘x’ as a click sound made by flattening the tongue on the roof of the mouth and then removing it) means “paradise” in the old language of the San people who used to inhabit the area – and it is deserving of its name.

The route covers an area stretching from the impressive Langeberg Mountains, through rolling hills to the coastal dunes. It is, however, mostly farmland, mostly comprising wheat and canola fields – artificial habitat that has become the home of South Africa’s national bird, the blue crane. By simply driving along the roads in the area, one is likely to see flocks of blue cranes – quite often happily amongst flocks of ostriches (ostrich farming is also one of the main income generators in the area).

The route has a variety of attractions besides blue cranes. This is the land of charming country farmstalls, restaurants and coffee shops. It is also an area where one has a choice of staying in country hotels, in small B&Bs, on farms or camping in the local nature reserve.

Adventurous activities on the route include hiking, mountain biking, horse riding through the fynbos, and quad biking over the coastal dunes. A stroll through the delightful village of Suurbraak is a must – as here one can see beautiful historical buildings, visit crafters, and have fun at the local farmyard. At Honeywood Farm, learn about bee-keeping and perhaps watch honey being processed. A trip to Heidelberg’s bentonite mine can also be accomplished through prior arrangements.

Closer to the coast, visitors can experience the only hand-powered pont in the country at Malgas. And of course, a trip to the coast would be made even more special by timing it between June and November to coincide with the whale-breeding season.

The Overberg Blue Crane Group is an initiative of the local farming community and Western Cape Nature Conservation Board, and is “Committed to conserving our endangered national bird in its last stronghold” – the Western Cape.

What is exciting about the farming in the area is the fact that many of the farmers have joined together to form what is known as the Grootvadersbosch Conservancy – an amalgamation of farmers working towards a greater conservation ethic.

The Grootvadersbosch Conservancy is made up of 12 farms, the Grootvadersbos Nature Reserve (250ha) and the Boosmansbos Wilderness Area (14200ha). Together, this conservancy is helping to preserve some of the last remaining indigenous forest in the country, as well as protecting areas of mountain fynbos, themeda and renosterveld. Visitors have a wide selection of activities and accommodation to choose from in the conservancy.

Besides Heidelberg, the route also covers the villages of Suurbraak and Slangrivier and stretches to the coast near the village of Witsand.

South Africa - Western Cape
The Xairu Blue Crane Route is one of four blue crane routes in the Western Cape. It is located in and around the town of Heidelberg, which is about 276km east of Cape Town on the N2 national road. Heidelberg is fondly known as the “gateway to the garden route”.