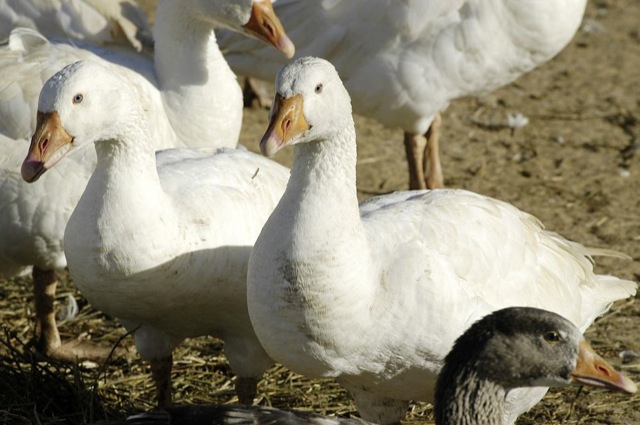 The family describes the farm in their own words:

“Well, we are the Craven family, 5th generation on the homestead Noorspoort. Danie Craven – yes, the famous rugby guy – was married to Beyera Hayward in 1938. Their eldest son George now owns the family farm Noorspoort and his son Danie is the sixth generation on the farm. The farm was bought by GNJ Hayward in 1863, but here is more on the Hayward side of the family, as narrated by David Raymer, a family member”.

The first recorded farmer at Noordse Poort was a GC Strydom in 1820.

In 1863 George Nathaniel John Hayward (1826-1890), third son of the 1820 Settler, James Hayward (1799-1882), bought the farms Noordse Poort of 994 morgen and de Poort from Marx for £1 000 (actual transfer took place in 1871 and T.I. Ferreira, F. Gerds and J. Mosel were listed as co-owners). John Hayward must have bought out his partners, over a period. The farm later became known as Noorspoort. The original farmhouse was built on the eastern side of the present homestead and was later used as a shed, but was demolished in about 1950. Later he bought De Poort, Oude Post and Kranskop.

John was instrumental in making an attempt to provide Steytlerville with water by constructing a furrow from a site where the Oudepost Loop enters the Groot River. When £60 had been spent (all the funds available), the project was abandoned. As late as 1911, traces of this venture were still visible. Over the entrance of one of the large outbuildings at Noorspoort is a stone on which he had inscribed; “1863 J Hayward“.

In about 1878 John went to England to visit relatives. A painting that John did while overseas is still on display at Noorspoort.  John became a wealthy farmer who left farms to all his children and built houses for his daughters in Steytlerville. He subdivided the properties Kranskop and de Poort into three sections of 900 morgen each for three of his daughters and called the centre property Chelmsford. John died in 1888 as a result of a kick from a horse. His wife, Dina, died in 1892 and both are buried at Noorspoort.

After his death in 1888, Noorspoort went to his only son, John James Hayward (1859-1937). John James built a stable for his horse and later added on to the building that was the start of the present homestead. In 1885 John James moved to Aberdeen district where he bought the farm, Oorlogspoort, but continued farming operations at Noorspoort. John James became a very successful farmer and established the Noorspoort irrigation lands. This scheme included a weir on the Groot River (constructed by a Mr. I. Ferreira in 1890), a 5km long furrow and 80 morgen of lands. Part of the scheme was undertaken by a neighbour, a Mr. Walton.

In 1907, after his completion of his studies at Victoria College (Stellenbosch University), George Nathaniel Hayward (1886 – 1977), eldest son of John James, started farming at Noorspoort. George recorded that he had to pay £100 per year for the hire of 3 391 morgen and his father gave him 300 Angora goats. His father also arranged to have a wagon made for George on his homecoming. The wagon was built by one Andries Somers of Graaff-Reinet and made of stinkwood, ordered from Oudtshoorn. It weighed three tons and was railed from Graaff-Reinet to Baroe. This wagon was used for many years to cart wool and mohair until tractors replaced it. The wagon is now in the Steytlerville museum.

In 1914 the Noorspoort farmhouse was renovated and enlarged for George’s bride, Hannah. George’s father gave them a very large teak dining table and twelve matching chairs as a wedding present. This suite is now in the possession of George’s eldest grandson, George Craven.  George made large improvements at Noorspoort, such as the homestead, the lands (120 morgen), outbuildings, staff houses and farming infrastructure.  In October 1969, George had the remains of Mary Hayward, wife of the Settler and buried at Orange Grove under the Winterhoek mountains, re-interred in the family graveyard on Noorspoort, next to those of her son George Nathaniel John.  George farmed until his death in 1977. George and his wife Hannah are both buried at Noorspoort. George’s eldest daughter, Beyera Craven inherited Noorspoort and her son, George Craven, commenced farming in 1977.

Many people that visit the farm comment: “I’ve never seen so many stars in my life!”.  People are awe-struck at the visibility of the Milky Way, many seeing it for the first time ever. Noorspoort’s distance from any big city, and the lack of pollution, makes it the ideal place to lie on your back and gaze away at the billions of stars…”

It is recommended that a lunar time-table is consulted before arrival, as visibility is optimised before moon-rise.  A telescope has been installed and is available to the public.  Noorspoort’s stargazing weekends have met tremendous success. Presented by Pine Pienaar, Louis Barendse from RSG and Dr. Francois du Toit, this is not to be missed.

Noorspoort offers you a variety of accommodation options and facilities, from luxury to rustic.

The Boma is on the banks of the Groot Gamtoos River. Here you can watch the kudu walk by as you shower, or toast the sunset goodbye in a setting never to be forgotten.

Can you handle the ultimate in bush camping? This is the ‘take in take out’ option for the brave. Pack your backpack, tie your boots and hike into the veld for the ultimate bush experience. Sleep with the wildebeest, kudu and zebra and all the night critters! With or without guide.

It is quite a hike to get to the cave, and is also ‘take in take out’. You will stay deep in a Kloof and should have a good camping mattress and sleeping bag

There are also three hiking huts and Skuur Saal Slaap  (Angora shed sleep) for those looking for a truly different experience.  A host of animals, mammals, birds, fish, reptiles and insects are found on the 8 000ha.