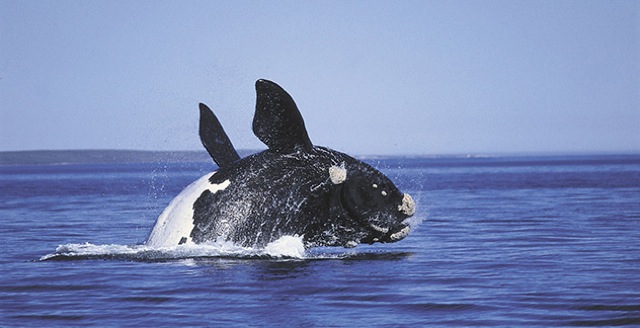 Access to the reserve is via Mierkom or Walker Bay Fishing Trail (through Stanford); De Kelders (Die Plaat) or Uilkraalsmond. An entry permit is required and can be obtained at the gatehouses at De Kelders, Uilkraalsmond and Walker Bay Fishing Trail. Alternatively, permits can be obtained from the Walker Bay Nature Reserve office at 16th, 17th Avenue, Voëlklip, Hermanus during office hours (Monday to Friday 08:00–16:00). The reserve is open daily between 07:00 and 19:00.

Walker Bay Nature Reserve offers no accommodation, but day visitors are welcome to enjoy a variety of day hikes along the coast. Angling, swimming and picnicking are permitted, but please note that the sea can be rough and dangerous. Fires and overnight camping are not allowed. Marine Coastal Management regulations apply to the removal of bait and other marine organisms. Permits for marine angling are available at post offices.

Please avoid disturbing coastal birds and destroying sensitive dune vegetation. Litter must be removed and vehicles are to stay within demarcated areas.

The trail is located in the Lêbos section of the reserve and access is via Stanford. Also known as ‘Die Plaat’, this area is characterised by long, white, sandy beaches and occasional outcrops.

The trail gives anglers easy access to popular angling sites along this stretch of coast, such as Die Polle, Sopiesklip, Groot Duifklip and klein Duifklip. It begins at the reserve entrance next to Wortelgat, passing through the reserve to the first top and parking area at Die POlle. From here the route continues to Sopiesklip where beautiful rock formations make this an ideal picnic stop. Anglers still looking to hook “the big one” can travel further along the route and try their luck at Groot Duifklip or Klein Duifklip.

In addition to fishing, visitors can enjoy day hikes along the coast, swimming, birding, whale-watching and picnicking.

Please note:  Only 4×4 vehicles are allowed on the rail (no 2×4 vehicle, motorcycles or quadbikes). It is strictly prohibited and illegal to drive on the beach, dunes or anywhere other than demarcated roads.

Interesting information on archaeology, plants, animals and other:

There are significant records of Middel Stone Age people (from about 85 000 to 65 000 years ago) occupying the Klipgat Cave in the eastern section of the reserve (De Kelders). There is also evidence that during the Late Stone Age (approximately 2000 years ago), Khoisan people inhabited this site and lived off the plants, fish, shellfish and game in the area.

Lowland fynbos, also known as strandveld, is the main type of vegetation found in the Nature Reserve, and includes species suchas bietou, blombos, sour fig and waxberry. Parts of the dunefields were stabilised from the early 1900’s until the 1980’s using rooikrans and port Jackson. These alien species are invasive and, together with uncontrolled coastal development; pose a threat to the indigenous strandveld. They are currently being removed by reserve management via an alien clearing programme.

Most of the mammals found in the reserve are shy and seldom seen, although the tracks of Cape clawless otter, bushbuck, duiker, grysbok and steenbok are occasionally spotted. Off-shore, Southern right whales are frequent from August to November, while Bryde’s and humpback whales, and various dolphin species occur throughout the year. There are numerous species of seabirds, including the striking African black oystercatcher. This species is threatened by coastal recreational activities as it breeds on beaches during summer. A variety of marine fish are found along this coastline, including kabeljou steenbras and sought-after galjoen.