Bed in the Bush 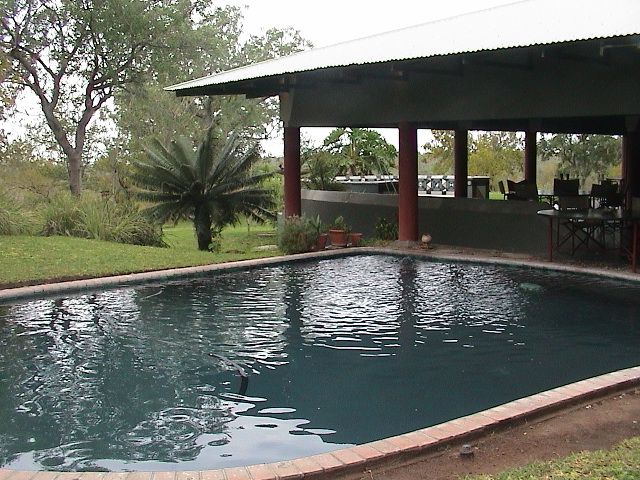 The main house is a welcoming oasis that soon lures you into a relaxing mode amongst the sounds of the African bush. The large en-suite bedrooms all open out onto deep shadowed verandas. Positioned on a high rise in the otherwise flat lowveld landscape, spectacular sun and moon rises are experienced.

The Owl House is a converted cottage that were the original cow sheds of a cattle farm. It is called the Owl House because when building alterations started, owls were living there. Being a unique and private facility, the Owl House soon became the favourite of a number of regular visitors. Comprising two bedrooms, two bathrooms, outside shower, two patios and kitchen, it sleeps three indoors but has on occasion catered for up to 10 people – some pitching a tent and others sleeping outside in the open on beautifully crafted cement benches (under roof – bring your own sleeping bags). Situated privately close to the main house (approximately 100m away), you can enjoy some of the main house attractions. Cool off in the nearby swimming pool, have breakfast or dinner while watching some amazing sun or moon rises with views over the Kruger National Park. On occasions you can attend a concert, a jazz evening, or some of the special events that are on offer from time to time.

The bush camp is a uniquely designed, African village style building in the middle of a nature conservancy (Silonque). The Bush Camp is where traditional and modern elements have been beautifully combined in a house that feels like a 21st century African hut. The bush camp sleeps six people – two each in three air-conditioned rooms (not en-suite). For the more adventurous, a further four people can sleep outside (under mosquito nets – bring own sleeping bags) on one double bed platform and two single mattresses on benches.

Bed in the Bush is 4-star graded and offers superior accommodation according to an AA assessment.