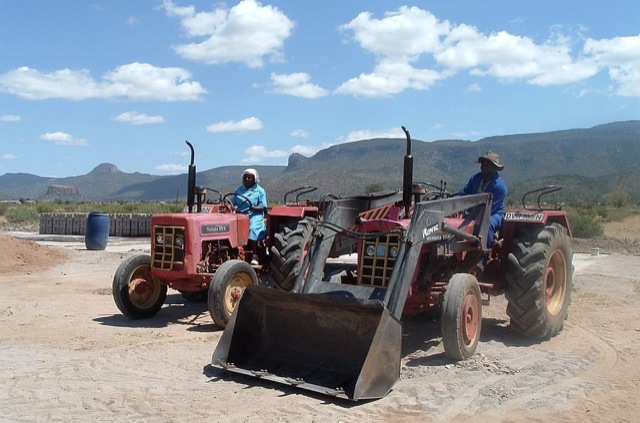 This project is situated in a village called Buffelshoek. It is a brickmaking project that also grows vegetables for sale locally, like spinach, tomatoes, beetroot, onion, butternut and sometimes also green peppers and hot chilly. They have to cope without electricity, but despite this obstacle the project is functioning well.

The Blouberg Development Project started in March 1999. It was funded by the department of Social Development and started out as a vegetable agricultural project. But as a result of the dependence on environmental elements, like the weather and water, they decided to make bricks instead. They used the profit rendered from selling the vegetables in order to fund their brick making project.