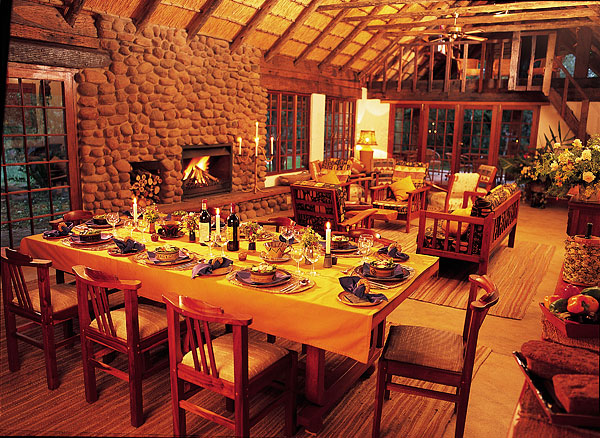 Situated in a private game reserve, Isibindi Eco-Reserve, approximately 5km from the world-renowned battlefield of Rorke’s Drift, this luxury 12-bed lodge is a unique combination of luxurious accommodation, wildlife, and historical and cultural tours.

Architecturally inspired by the traditional beehive shape, the beehive suites offer panoramic views of the game reserve and its diverse habitats ranging from montane grassland to riverine forests.  Guests are encouraged to explore the game reserve in morning and evening game drives. They offer daily battlefield tours to the nearby Anglo-Zulu battlefields of Rorke’s Drift and Isandlwana. The iSibindi Eco-Reserve also has a traditional village, which offers authentic tours where guests are offered the opportunity of exploring traditional Zulu food and drink and enjoying an evening of energetic Zulu dancing.

A cultural tour to an ancient Zulu homestead across the Buffalo River (which forms the border of the game reserve) allows guests to interact with Zulu people who have been largely unaffected by modern development.

There is electricity at Isibindi Zulu Lodge. The rooms have overhead fans, power points and tea/coffee making facilities.

Please bring sun block and sunhat for game-drives and walks, mosquito repellent, windbreaker and light walking shoes. Keen birders should bring a birding book and binoculars. We have a small collection of battlefield literature for growing enthusiasts.