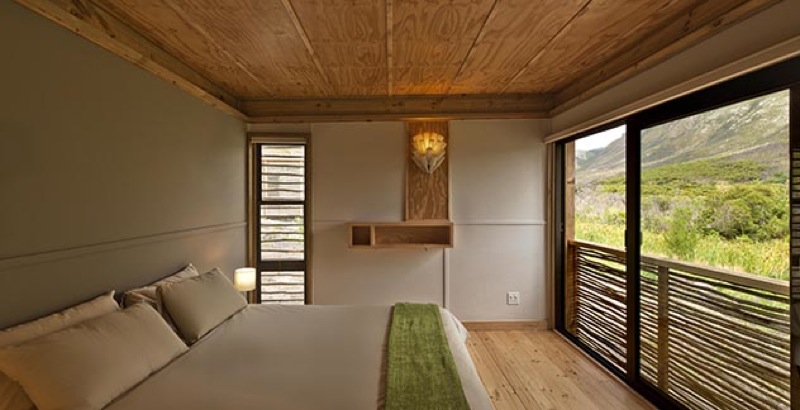 Kogelberg is Cape Nature’s prettiest reserve; thanks largely to the fact that it occupies an area that has been least interfered with by people in the past.  Today it is considered the heart of the Cape Floral Kingdom because of the exceptional quality of its fynbos. The reserve presents perhaps the finest example of mountain fynbos in the Western Cape. It has 1 654 plant species, of which 77 are endemic. It also has three patches of relic indigenous forest similar to the celebrated Knysna forests. An endemic freshwater crab and the endangered micro-frog are also found in the area.

But source of the greatest pride to the CapeNature is UNESCO’s recognition of Kogelberg as a biosphere reserve. Broadly speaking, this is an acknowledgement that people can live in harmony with nature, especially communities living in proximity to reserves or protected areas. At Kogelberg, a sensitive core of 18 000ha of the reserve has been kept pristine and wild. Here there is much biological diversity and conservation is the priority. Only activities such as hiking, biking and bird-watching, that do not adversely affect natural processes and wildlife, are allowed. The core is buffered by a more resilient, less ecologically sensitive area.

Beyond the reserve’s borders, agriculture, plantations and towns form a transitional zone, and the sustainable use of wildflowers and fish are promoted. The whole is inspirational and one of more than 400 biosphere reserves worldwide.  Kogelberg was South Africa’s first registered biosphere reserve and it encompasses the entire coastal area from Gordon’s Bay to the Bot River vlei, and inland to Grabouw and the Groenland Mountain.

Very basic, no-frills accommodation is available in three old timber cabins (sleeping six guests each) situated in the reserve’s Palmiet River valley, right in the fynbos. There are showers with hot water. The kitchens are equipped with a fridge, crockery, cutlery, cookware, two-plate stove and microwave. There is also bedding, all visitors need to bring is their own food and towels.

There are a number of hiking trails to choose from in Kogelberg, but four of the best start from the office at Oudebosch (near Kleinmond) and range from easy three hour hikes to full day hikes. Other popular activities at Kogelberg are mountain biking and canoeing.

The ever-popular canoeing trail covers 15km of the Palmiet River and, with rests and section repeats, is an all-day affair. It is open only in winter (June 1–September 30), when the river is likely to be at its fullest, and when only competent canoeists (Grade III) should tackle it. Enquire at the office about guided tubing and rafting on the river.

The reserve offers mountain bikers two routes – booking is essential for both. The Kogelberg Route is 39km long and takes five hours of hard riding. There is little shade, but plenty of water, enough even to swim in. The 26km Palmiet Trail takes about five hours and is graded moderate. Neither route is suitable for children younger than 10 years.