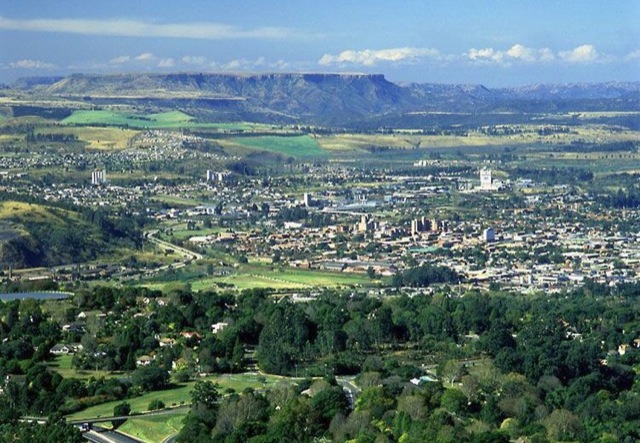 “Sawubona and welcome to the capital city of the Zulu Kingdom. Pietermaritzburg is a vibrant African city set in the breathtakingly beautiful KwaZulu-Natal Midlands that caters for your every holiday whim and desire. With so much to offer, Pietermaritzburg is definitely the City Of Choice.” – Melanie Veness – Director of Tourism

Pietermaritzburg, set amidst forested hills and the rolling countryside of the Natal-Midlands, is one of the best-preserved Victorian cities in the world. The city is the administrative capital of the province and is centrally situated between Durban, the Drakensberg and KwaZulu-Natal’s game reserves on the main N3 highway between Johannesburg and Durban; Pietermaritzburg is approximately 80km north of Durban by road.

Pietermaritzburg is the gateway between Johannesburg and Durban and many bus services, rail services and taxis are available on a daily basis.  The passenger rail system in Pietermaritzburg is not used between suburbs but only between our towns along the N3 highway towards Johannesburg, so it should not be regarded as city transportation.

The city offers an airport known as Pietermaritzburg Airport. This airstrip is not an international airport but offers excellent national destinations and inter-city flights.  The bus services are outstanding and you can choose from many different routes.  Taxis are plentiful and provide helpful information and useful trips around the city and suburbs. Metered taxicabs operate in all major cities and towns. You will find taxi ranks at transport terminals, major hotels or shopping centres or you can hail taxis in the street.

Famous people such as Mohandas Gandhi, Queen Victoria and Nelson Mandela have left their mark on history in our city. Even today, famous and beautiful people are attracted to our city. Here we introduce you to some of them and to some lesser known, but unique characters, some of whom you may meet in our streets.