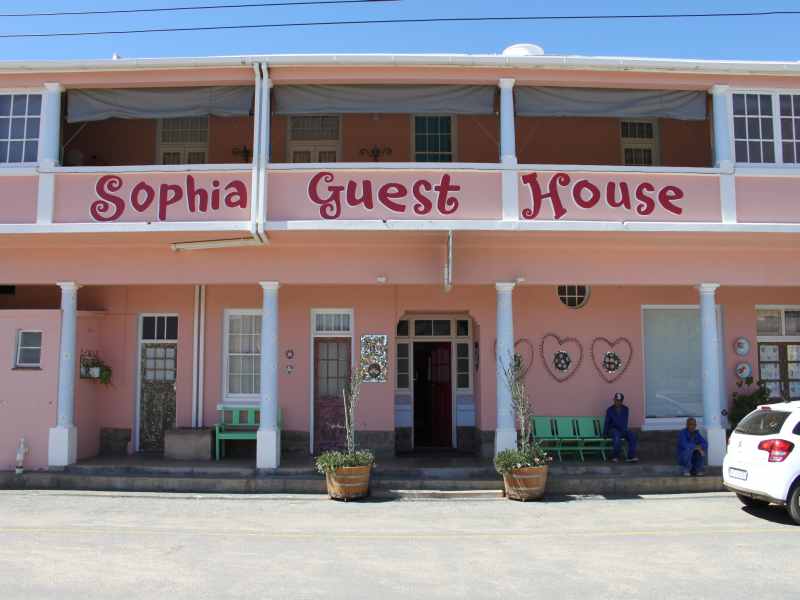 Sophia’s Guesthouse is situated in Garies, a small town next to the N7, approximately 450km from Cape Town. Garies is in the middle of Namaqualand and a popular destination during the flower season in August/September.

Sophia’s Guesthouse was built in 1931 as a second hotel in Garies – it was called the Namaqua House. In those days the main road to South West Africa (Namibia) was a dirt road and it went right through town and not around it as the N7 nowadays. Once the N7 became a tarred road in the mid 70’s, there was no need for a second hotel anymore.

Only in the late 90’s did Namaqualand became popular with tourists for the beautiful wild flowers during August and September. It was in those days that their mother, Sophia Nieuwoudt, started renting out single rooms to tourists and slowly build up the guesthouse as to where it stands today.