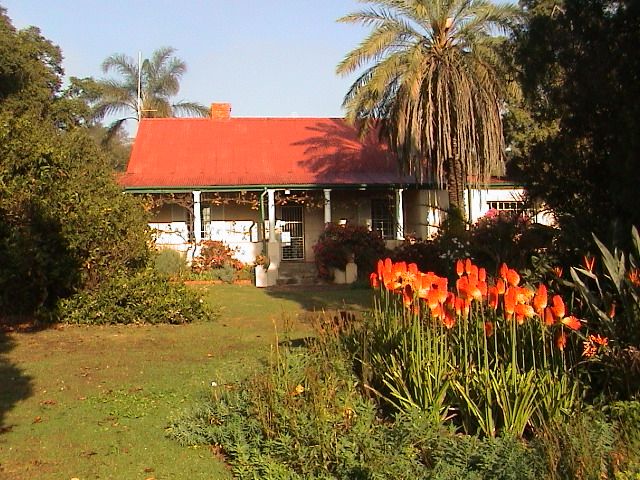 Thornley B&B Country Homestay is a historical homestead, situated on the Eastern slope of Talana Hill on which the Battle of Talana took place in October 1899. The home and out-buildings were built in 1897 and used as a hospital for the Boer troops during the battle.  After the battle the homestead was used as the headquarters for General Lucas Meyer for seven months whilst the Boers occupied Dundee. Thornley has been in the family for four generations and was declared a national monument in 1985 (Government Notice 2863).

There are two en-suite bedrooms, one double with private lounge, one twin. There is access to the forts on the hill by 4×4. There are park-like gardens with old established trees and many bird species to be seen. It is a working farm, and offers bass fishing in summer.