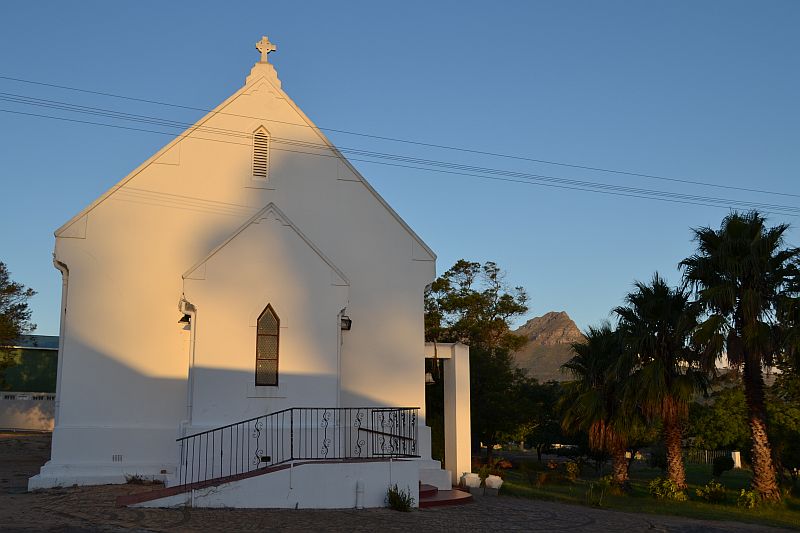 Raithby is a small village situated between Somerset West and Stellenbosch just off the R44. Surrounded by popular wine farms and vineyards, Raithby overlooks the Helderberg Mountains with Table Mountain in the distance. It was originally a missionary community for emancipated slaves established by Barnabas Shaw following the abolition of slavery at the Cape in 1834.

Shaw is regarded as one of the most notable early missionaries at the Cape. Shaw used a donation of one hundred pounds made by a Mrs Brackenbury of Raithby Hall in Yorkshire to buy three morgen of ground and a house for the mission station which resulted in the name, Raithby.

The land was subsequently rented to about 800 freed slaves so that they could work on the surrounding farms and use their spare time to cultivate their own plots. Many of the descendants of the freed slaves still occupy the Raithby cottages in the town. A church was built in 1861 which was in constant use until 2010 when part of the structure collapsed. The Post House Winery is located in the area and its homestead had originally served as a post office for the local missionary community of Raithby.

Raithby is rich in history that traces back to 1830’s when the community was established as a missionary community. Most of the community members today can still trace back their history to the first residents of Raithby The Cape Malay culture plays a huge role in Raithby.

The area is scenic and visitors can enjoy fishing, camping and hiking in the nearby mountains.

South Africa - Western Cape
Raithby is a small village situated between Somerset West and Stellenbosch just off the R44. Surrounded by popular wine farms and vineyards, Raithby overlooks the Helderberg Mountains with Table Mountain in the distance.