This lodge is very affordable and is situated in a bushveld setting. It is easily accessible as it is located close to the tarred ...

Sagole Spa was developed around a natural hot spring. The accommodation is old and in some need of upgrading. They offer accommoda... This lodge is very affordable and is situated in a bushveld setting. It is easily accessible as it is located close to the tarred ...

This guesthouse is the ideal stopover for travellers and people on business. It is close to the centre of town with a beautiful vi... Sagole Spa was developed around a natural hot spring. The accommodation is old and in some need of upgrading. They offer accommoda...

The main camp consists of tented tree-houses and has 22 beds in total. Each of the sites has its own kitchen, toilet, shower and b... The main camp consists of tented treehouses and has 22 beds in total. Each of the sites has its own kitchen, toilet, shower and br... 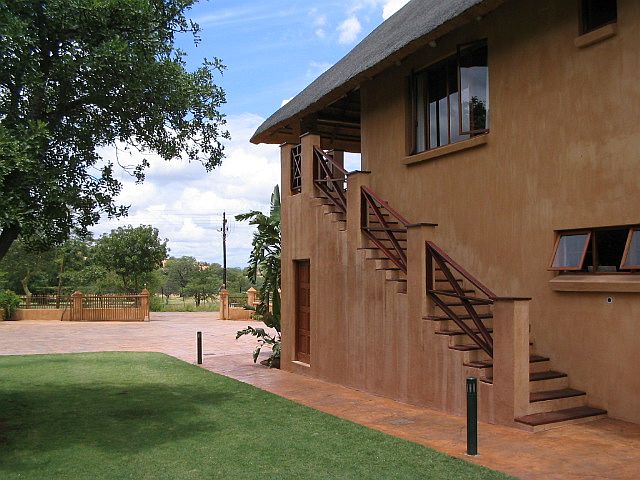 Golf View Guesthouse is the ideal stopover for travellers and people on business. It is close to the centre of town with a beautif... 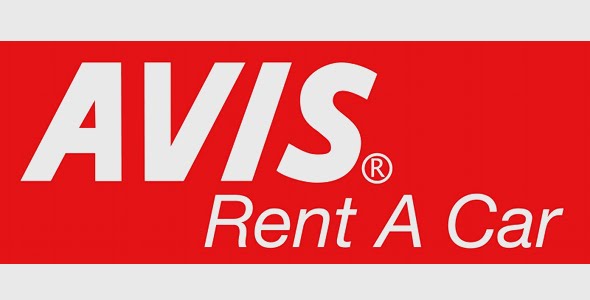 Avis Rent-A-Car has been operating in Musina for the past ten years. They service the following areas: Musina, Thohoyandou, Punda ...

Avis Rent-A-Car has been operating in Musina for the past ten years. They service the following areas: Musina, Thohoyandou, Punda ...

This route stretches roughly from the Pafuri region in the Kruger National Park to Musina. The Pafuri region lies in the northernmost sector of the Kruger National Park and is located between the Limpopo and Luvuvhu Rivers. To the north and east lie Mozambique and Zimbabwe. This area is destined to become the core of a new transfrontier or ‘peace‘ park that will straddle South Africa, Mozambique and Zimbabwe and is known as the Greater Limpopo Transfrontier Park.

One of the activities available in the area is attendance at palaeo-anthropological sites and lectures. This area could become one of the most important areas in all of Africa for palaeontological work. There is plenty of local evidence of early man, stretching from some two million years ago right up to about 400 years back when the Thulamela dynasty ruled in this area. There are rock engravings, hand tools and maybe even burial grounds.

The Makulekes had the option to move back into the area, but elected to stay where they are and to keep the land as part of the Kruger National Park, ensuring that conservation of the area continues. The Makuleke people won their land back under the ‘new‘ South African Government’s land restitution process. This process allows people who were forcibly removed from their land any time after 1913 to claim the land back through a formal land claim process.

The Makuleke land was one of the first to involve a formally protected area. The process has received a lot of attention, being viewed as a groundbreaking process with significant implications for conservation in post-Apartheid South Africa.

Kruger Park and the Makuleke people have vowed to make this area a showpiece of what can be achieved when communities, formal conservation authorities and ethical private sector partners work together for the benefit of all.

On the game-viewing front, this area is famous for the large herds of elephant and buffalo that are resident most of the year round. They concentrate particularly around the permanent waters of the Luvuvhu river in the dry winter months. There are resident prides of lion and the Luvuvhu riparian system supports a healthy population of leopard.

Wild dog and cheetah have been sighted hunting the strong population of nyala and impala that live alongside the Luvuvhu system. On the eastern most boundary at ‘Crooks Corner’ the Luvuvhu supports a large population of hippo and crocodile.

The Makuleke Concession is probably one of the few places in the Kruger where one has a good chance of spotting eland and Sharpe’s grysbok, and is regarded as a birding hotspot of South Africa with specialities such as Pel’s fishing owl, wattle-eyed flycatcher, golden backed pytilia, crowned eagles and racket-tailed rollers. Many central Africa birds like the Mashona hyliota are found in South Africa only up in the Pafuri area.

From Pafuri the route can be followed to Musina. Musina (previously called Messina) is the northernmost town in the Limpopo Province. The town developed around the copper mining industry in the area. Copper was first discovered in prehistoric times by the Musina people who named it ‘musina’, meaning ‘spoiler‘, because they considered it a poor substitute for iron, which is what they were after.

The mineral was later rediscovered and mined by 20th century miners. Today iron, coal, magnetite, graphite, asbestos, diamonds and copper are mined here. With fascinating attractions and many game farms in the area, tourism and hunting play an important role in the economy of the town. Botanical highlights of the region include fine specimens of baobab trees and impala lilies, which are both protected species. Agricultural products include citrus, mangoes, tomatoes and dates.

The Musina Museum and Library at the Civic Centre provides interesting details of the town’s social and natural history, while the original Zeederberg Mail Coach, used between Pretoria and Zimbabwe from the 1890s, can be viewed in front of the centre. Natural wonders include the Matakwe – a single rock of bulai granite measuring 38ha in size on the Musina experimental farm off the R527 to Pontdrift.

Visits are by appointment only. In the Messina Nature Reserve, a particularly impressive baobab specimen known as the Elephant’s Trunk because of the shape of one of its branches, can be seen in the Erich Mayer Park, named after a well-known painter of baobabs. Another park worth visiting is the Impala Lily Park. The Bulai / Dongola Execution Rocks mark the site where the Musina chiefs of old executed their prisoners. At Small Bulai on the side of the road the minor offenders were executed, while serious offenders met their fate at the large rock south of the road. The rocks are found 20km west of Musina (Messina) on the R572 to Pontdrift.

Fishing is a popular pastime and there are many fine angling spots in the area. Adventure options in the area include hiking, 4×4 trails, white-water rafting on the Limpopo, game and bird-watching safaris, wild dog viewing and gyrocopter flights.

*Information on Musina courtesy of http://www.golimpopo.com South Africa - Limpopo
This route stretches roughly from the Pafuri region in the Kruger National Park to Musina. One of the activities available in the area is attendance at palaeo-anthropological sites and lectures.