Enterprising Joyce Molotsane, owner of Joy’s Tuck Shop, runs this brand-new bed and breakfast out of her spacious ...

Sun City and The Palace of Lost City

Sun City and the Lost City Resorts are some of the prime tourist’s attractions in South Africa. Situated on the slopes of a ...

Hajies is an accommodation establishment that started in 2003 at Mogwase next to Sun City in the Northwest Province. Hajies has&nb...

Realising that there are huge flows of tourist traffic to and from Sun City and the Pilanesberg National Park, entrepreneur Pinky ...

This is an agency that provides information about accommodation in the North West region in general.

Golden Leopard Resorts offer some of the finest accommodation in the North West Province, including the renowned Bakgatla and Many...

Mahube is a touring company who takes tourists anywhere they need to go. They supply private transfers from one point to...

Elias Molefe, from Ledig near Sun City, was retrenched from his job many years ago. That is when he decided to take his residentia...

Opening its doors in January 1999, the beautiful Oasis Ostrich Show Farm bustles at the foot of the Pilanesberg just 5km from Sun ...

Mankwe Heritage Tours, the first and only black-owned safari operator at the Pilanesberg National Park, was started through hard w...

Making something out of nothing or, to be precise, turning junk into artistic work, is the determined aim of Halima Sebusi and Mar...

Mabu Boase’s home is Welgeval, a hamlet about 10km north of Mogwase township. An enormously talented clay-potter, her creati...

Benjamin Nzala, a resident of Soulspoort, developed an interest in wood carving in 1992 partly because of the lack of jobs in the ...

Sam Chanza began his career as an artist and crafter at Mogwase in early 1999. He hand-makes and sells a variety of articles inclu...

Yusuf Milanzi started this business in early 2002. Sandblasting is an unusual art form in that the images are ‘drawn’ ...

Visitors will find this exciting cultural village and market on the main road to/from Sun City, near Pilanesberg International Air...

This is an up-and-coming traditional dance group that performs for weddings, conferences and other audiences in Sun City and other...

The project was launched on 24 September 1998. It was officially opened in 2003 by the paramount Chief Linchwe and former Pre... 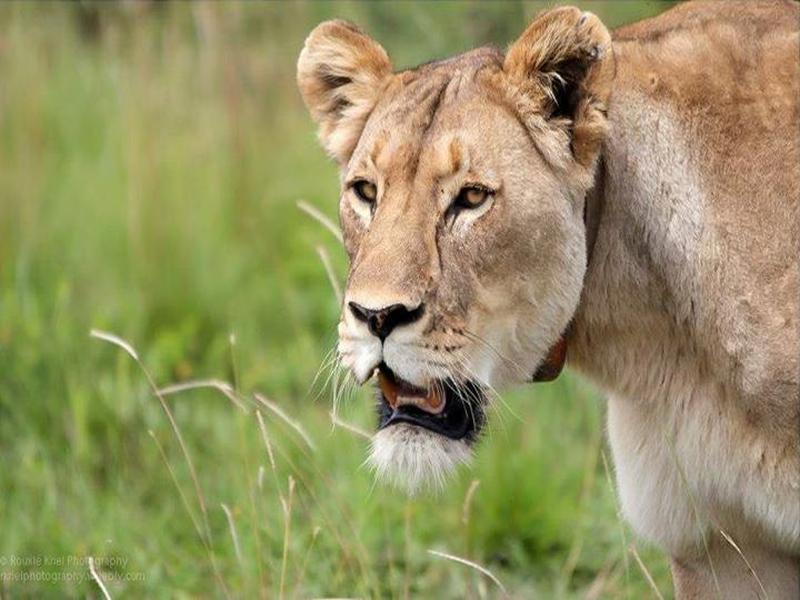 Pilanesberg National Park, the 4th largest game reserve in South Africa, is also one of the finest, most scenic and easily accessi...

http://www.tourismnorthwest.co.za For all you need to know about tourism in the North West Province, please visit the above menti...

Mrondoza’s Pub is one of a handful of taverns in Mogwase township, near Pilanesberg Game Reserve and Sun City. Not surprisin...

Here visitors in search of victuals will find a variety of options via the fully licensed restaurant with bar, tea garden, braai (...

Solly’s Inn at Unit 4, Mogwase, is clearly signposted on the main road at the entrance to the township. Established in 1998,...

Joy’s Tuck Shop is one of the most popular spots in Mogwase township, just 10 km from Sun City and less than 5 minutes from ...

Jacky’s Catering and Coffee Shop is a deservedly popular stop-over for local and international tourists. The shop is 7k...

Smiling Faces Business Operators was established in 2002 to provide volunteers on a 24-hour, free-of-charge stand-by basis to help...

Mookana Youth Club was established in 2001 as an outlet for youngsters who are passionate about one of the greatest of the traditi...

For some time, the South African Department of Environmental Affairs and Tourism has expressed concern about the lack of benefit by the communities living beside SA’s national parks. Open Africa, with its expertise in community-based tourism development, was approached to assist with the formulation of a strategy to enable communities to share in the wealth created by the parks adjacent to them.

Historically, impoverished communities (many forcibly removed from their traditional homes without compensation) have been bypassed by the increasing flows of tourism traffic to the national parks. The challenge for all players is to establish a link between the local communities and the established tourism trade, so as to draw these communities into the mainstream of tourism and enable them to improve their general wellbeing.

Demonstrating insight and entrepreneurship, communities around Pilansberg decided to partner with Open Africa through the Letsatsing Platinum Tourism Route to, firstly, develop the tourism potential of their region in a continuous network of Afrikatourism attractions and, secondly, leverage existing tourism business from Gauteng to Sun City and the Pilanesberg National Park, to boost under-developed areas such as Soulspoort, Ledig, Mabeskraal and Mogwase.

This makes for a happy combination of existing well-developed and sophisticated establishments with opportunities for tourists to visit untapped areas and learn about the local people, their history, culture and customs. Most importantly, the intention is that visitors must be able to have fun and enjoy themselves in the company of the locals.

The Anglo-Boer War’s influence on the North West province:

On October 12, 1899, Boer forces under the command of General De la Rey attacked the British garrison and railway siding at Kraaipan, south-west of today’s Mafikeng in what is now North West province, thereby signalling the start of the Anglo-Boer War. The Boers then encircled the town and began a blockade that lasted until May 17, 1900 and became known around the globe as the Siege of Mafikeng.

It is no exaggeration to say that the war directly or indirectly affected the life of every person in South Africa, but none more so than the Batswana and Bakgatla peoples, who suffered the trauma of displacement as a result of the conflict. These people still reside in the Pilanesberg area today.

Interesting experiences on the route:

This township offers many tourism experiences – all memorable and unique. Visit one of the many convivial shebeens (taverns) to enjoy a drink and mingle with the locals. Some of these welcoming establishments provide braai (barbecue) facilities, so visitors can prepare their own meals while imbibing the Batswana culture and customs. For adventurous palates, some shebeens serve umqomboti, traditional African beer, by arrangement.

Spending a night in the township is an unforgettable experience that you will want to return to and recommend to your friends. There are very good stay-overs in Mogwase township – certainly well within the standards of the more established lodges – offering professional yet friendly service at a fraction of the price. Another compelling advantage of township accommodation is the opportunity to meet people in their homes and thereby experience how they really live.

These villages have strong arts and crafts traditions, and visitors often have the opportunity of watching the crafters and artists expertly fashion beautiful wares from clay, wood or other traditional materials. An added advantage is that items can be bought directly from their creators.

Be sure to visit The Fantasy Garden in Ledig, on the way to Sun City. This is a garden based on a variety of themes and unique creations.

In the performing arts arena, it is possible to view presentations by a variety of cultural dance groups by prior arrangement. In more energetic vein, the Ostrich Farm Show should be one of the highlights of any visit.

Seat of an ancient African kingdom, Sun City is another must for visitors to the area. It offers too many attractions to mention here, though the Palace of the Lost City, the Entertainment Centre (with glossy casino and phalanxes of slot machines), two internationally renowned golf courses and the adrenalin-charged Valley of Waves are some of the highlights.

A visit to the region would be incomplete without the Pilanesberg. 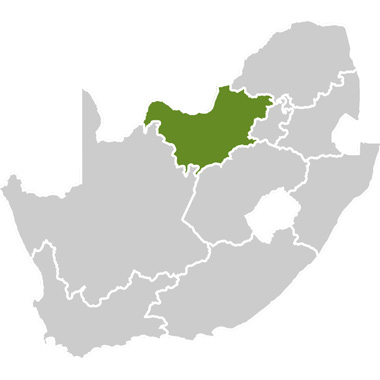 South Africa - North West
The Letsatsing Platinum Tourism Route is intended to build on existing tourism at Sun City and the Pilanesberg National Park, to the benefit of under-developed areas such as Soulspoort, Ledig, Mabeskraal and Mogwase.