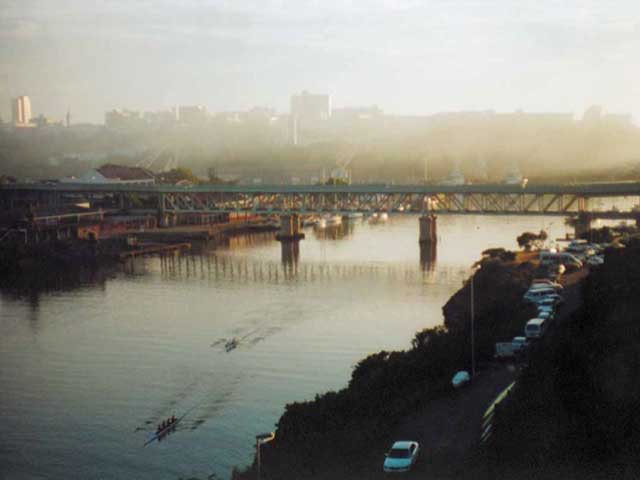 This guesthouse is an ideal stop over for business travellers visiting the Eastern Cape government departments. The guesthouse als...

Likhaya Guesthouse is a two star establishment, situated in King Williams Town. Of the four rooms, three have en-suite bathrooms, ... 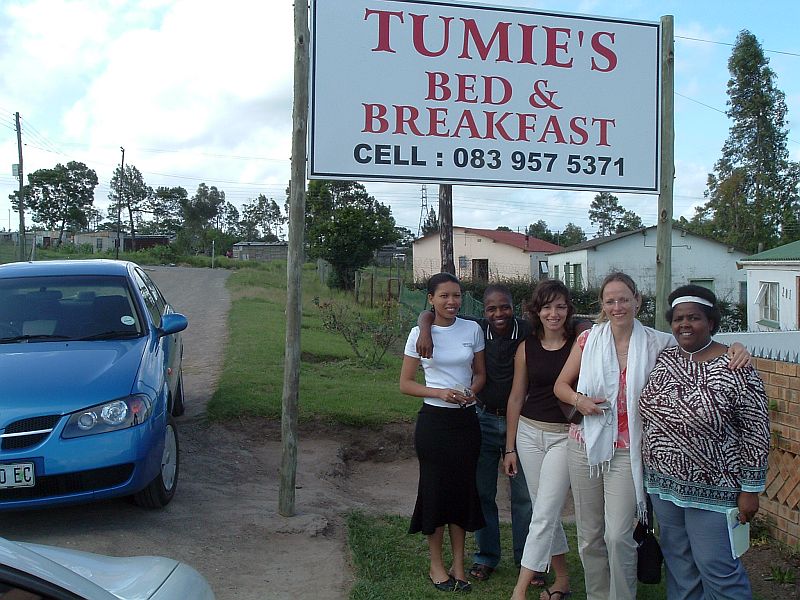 Tumie’s is a typical township home in Mdantsane and offers tourists an opportunity to experience life in the townships thems...

In the heart of Rharhabe Kingdom lies the Mngqesha Great Place, headquarters of the King Sandile Development Trust. Sandile Mngqes...

A planned, public private partnership, initiative that  invests in community tourism. The lodge was developed with meaningful...

PM Motel is approximately 3.5km away from Bisho, the capital of the Eastern Cape. It is also located reasonably close to the East ... 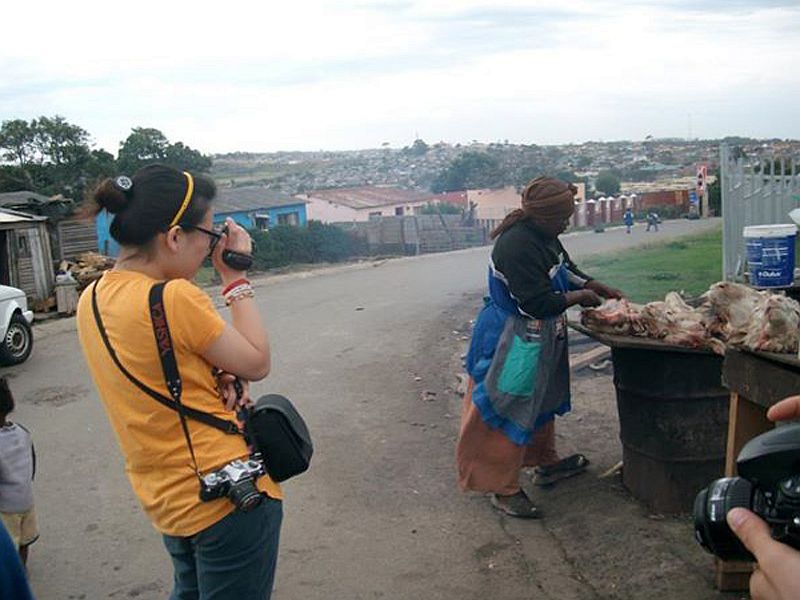 Imonti Tours was established in 2003 and is a black-owned, new generation company. They aim to provide their customers with excell...

Sunrise safari:  The safari leaves before dawn for game-viewing in the area and returns via the Amathole Museum in ... Hluma Home Industry started operating in 1997 as a sewing project by three women. They do fabric painting, tie dye and also make c... 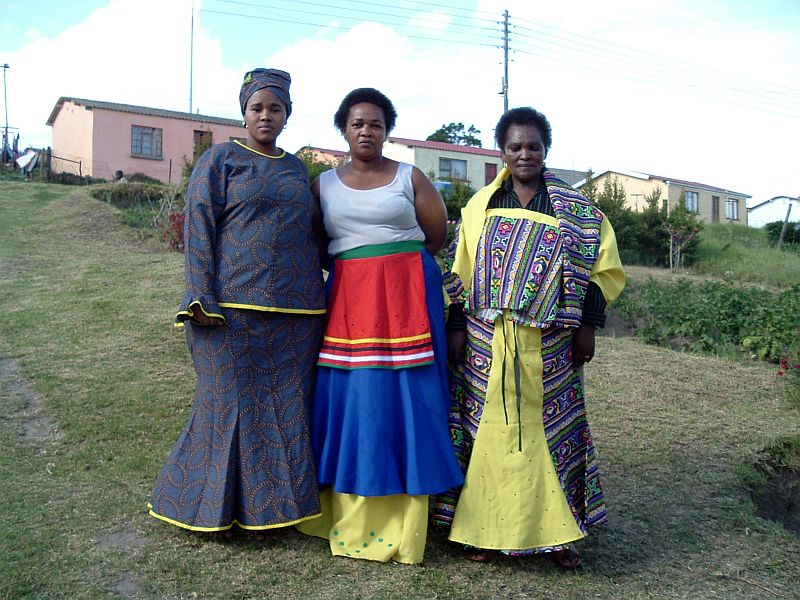 Masikhule Craft was started in 2002 by unemployed women who needed to generate an income. They make traditional clothing, as well ... 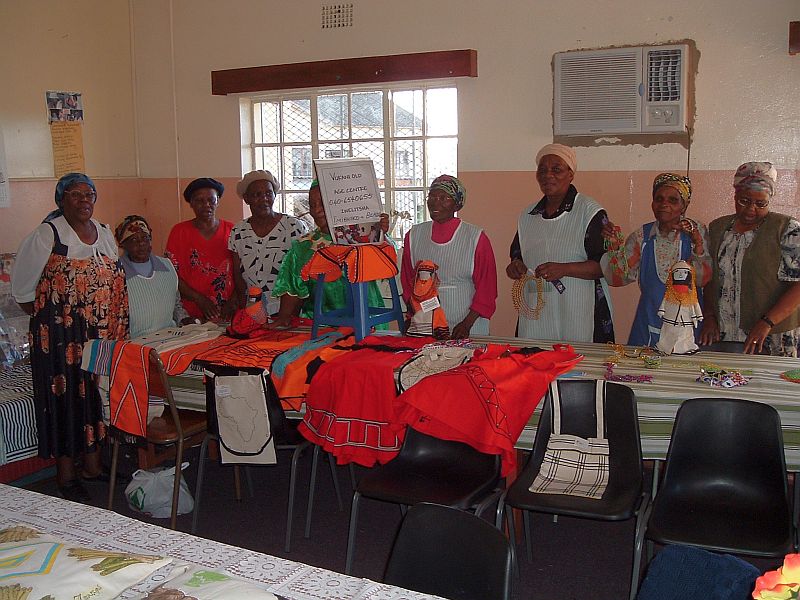 The centre was opened on 27 February 1996 as an endeavour to combat poverty, malnutrition and loneliness among the aged. The aim o...

Ibuyambo sells crafts, paintings and cultural clothing in East London. They have three stalls that they decorate to sell their goo... Blossom Crafters is owned by two local women and was founded in 2001. They have vast experience in beading and produce a range of ...

This project at the school is accommodated in the motor workshop, where an area has been set aside for ceramic work and another fo...

Iza Crafts is a dream come true for Thembeka Metele, who has grown her business from a small home-based operation with one seamstr... Tenjiwe tells the story of how a radio advert changed his life fourteen years ago when he decided to quit his job as a machine ope... Uzubenathi Crafts is located in Zwelitsha Township near King William's Town. The township was part if the former Ciskei government... Siyaka Community Support Centre started in June 1998 due to extensive research that was conducted in the disadvantaged communities... 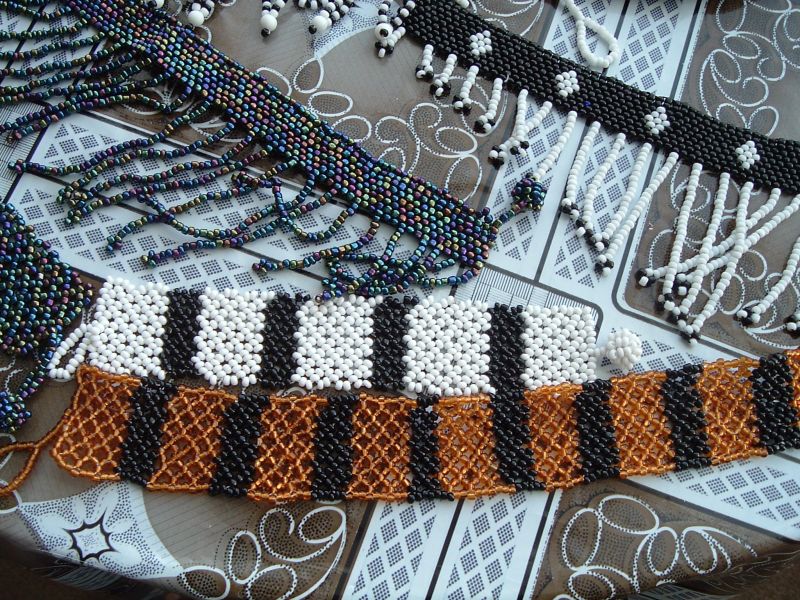 At the garden of remembrance, you can visit the grave of Steve Biko, one of South Africa's most famous political martyrs in Ginsbe...

A planned tourism initiative that will depict guerrilla camps in Angola. They will also provide conference and health care facilit...

Mngqesha Great Place Tourism Initiative is an expanding eco-agro tourism product within the historical site of the Kingdom of Amar...

Within the Maiden and Rooikrantz Dams, an eco-agro tourism initiative is planned to link up with existing products in the area. Th... Mbulelo opened a butchery in 1999 after he was retrenched at work. The business soon developed and an entertainment area was added... Mbulelo opened a butchery in 1999 after he was retrenched at work. The business soon developed and an entertainment area was added...

There are about half-a-million people living in Buffalo City and the surrounding townships. The township of Mdantsane, 20km from the city, was established in 1962 as part of the government’s racist apartheid policies. The objective of these townships or locations was to provide living space for cheap African labour on the outskirts of urban areas. It is now the largest town in the area, with a population of more than 250 000. It is the second-largest township in South Africa after Soweto.

Buffalo City boasts with a variety of tourist attractions and is rich in cultural and natural resources. The 68km of coastline includes 10 estuaries, conservancies, natural heritage sites, rocky shores and 14 sandy beaches. It is also South Africa’s only river port, set on both the broad Buffalo and Nahoon Rivers and has the Gonubie River flowing around it. It is known as the gateway to the region’s tourist corridors namely the Sunshine Coast and the Wild Coast.

The area is well suited to community tourism, ecotourism and historical tourism, especially that relating to the anti-apartheid struggle as many of South Africa’s past and present political leaders hail from the region. King Williams’ Town was home to Steve Biko, South Africa’s father of Black Consciousness.

The Indian Ocean coastline is one of the main features of the Eastern area, the warm Mozambique current that flows past the coastline results in mild to warm water, good for swimming and fishing. The East London Museum probably has some of the most comprehensive natural history exhibits in South Africa, including the first coelacanth.

The coelacanth (Latimeria chalummae) is a primitive fish that has fins resembling stumpy legs. Until a specimen was caught off the Chalumna River near East London in 1938, the coelacanth had only been known from fossil remains and was believed to have been extinct for some 80-million years.

There is a long-standing tradition of beadwork in the area and many examples of this art can be seen along the route. Tourists interested in arts and crafts will have the opportunity to view fine examples of this ancient art.