Zululand forms the north-eastern part of the KwaZulu-Natal province of South Africa and has a warm, tropical climate. Summers (September-April) are hot with frequent rain and high humidity while winters (May-August) are milder. Malaria is a threat throughout the year and adequate precautions must be taken.

The coastline is marked by extensive estuarine and lake systems with rich sea life (including sharks, dolphins, whales, coral reefs, turtles) and birdlife. Vegetation is lush and green. This route traverses the most northern part of South Africa’s coastline, almost up to the border with Mozambique. The dominant ethnic group in the area is the Zulu – a proud and dignified people with a rich culture.

Along the coast, fishing and collection of marine resources plays an important role in how ordinary people make a living and intricate fish traps can be seen at Kosi Bay. Much of the area falls under the control of Kwazulu-Natal Nature Conservation (KZNNCS). The diverse marine and land national park, the iSimangaliso Wetland Park (previously named Greater St Lucia Wetland Park), was declared a Unesco World Heritage Site in 1999. This route is suitable for a well-planned expedition, organised only with permission and advice from KZNNCS. 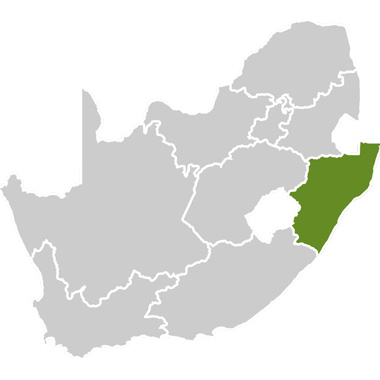 South Africa - KwaZulu-Natal
We have selected a number of sea kayaking routes which showcase those parts of our coastline most suited for paddling and exemplify the wide variety of experiences available to sea kayakers in this country.