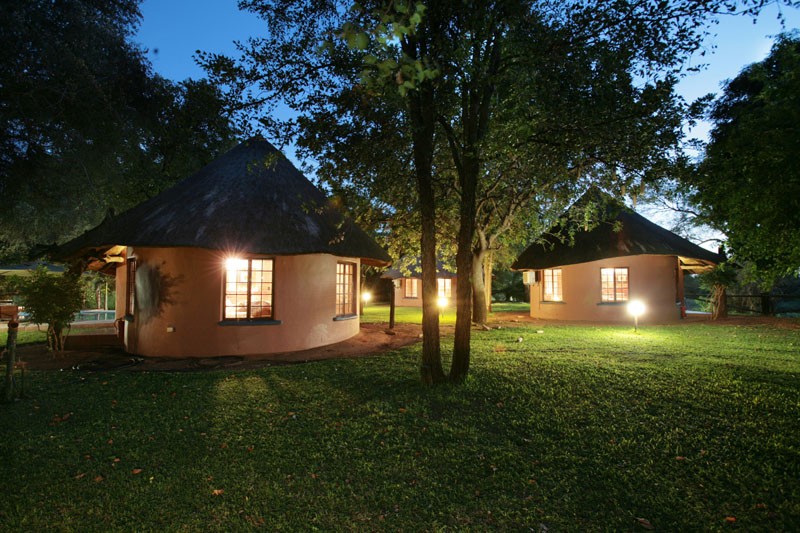 Bivack Game Lodge is a 4-star lodge with 20 beds. It is situated between the Limpopo and Mogalakwena Rivers, bordering Botswana’s Tuli Block.

Bivack Game Lodge offers full lodging, including meals. All the rooms are en-suite and air-conditioned. Other facilities include a fully licensed bar with television and DVD player, a Mopane shaped swimming pool and a float on the Mogalakwena River, from where game fishing can be done.

Bivack Game Lodge also has a 10-seater safari vehicle on which game drives can be undertaken. Walking safaris are offered in the mornings and include an 8km walk through the Limpopo riverine area. It is here that free roaming elephants, lion and leopard are found that cross over from the Tuli Block in Botswana.

The name ‘Bivack’ means shelter. It is an appropriate name as the area where the ranch is situated formed part of the trade route along the Limpopo Valley. A K2 archaeological site was discovered on one of the sandstone hills on Bivack. This site is on Eagles Rock, a beautiful view point on Bivack, looking out over the vast Limpopo River and the Tuli Block of Botswana. A pair of breeding Verraux’s (Black) Eages nest on these hills and once a year they can be seen teaching their chick the finer points of successful hunting!

Please arrange with management to get an access code that will be needed at the sliding gate at the entrance to the ranch.