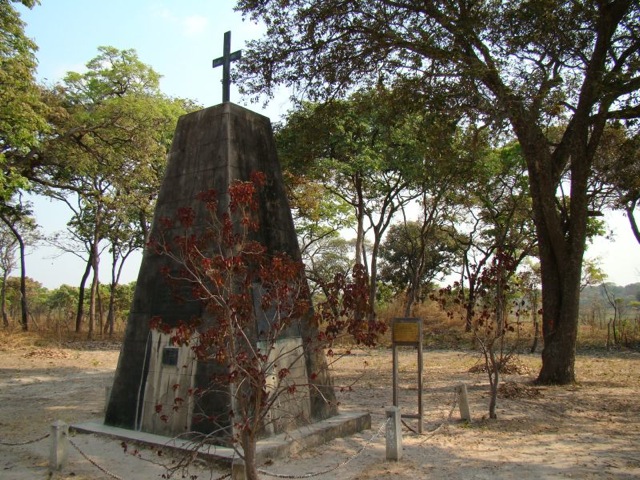 The David Livingstone Memorial marks the spot where the famous 19th century explorer died in his quest for the source of the Nile River. The monument is located 35km north of Kasanka National Park. The plain stone monument in the village of Chitambo marks the site of the ‘mupundu’ wild fruit tree under which David. Livingstone’s heart was buried. When the tree died, it was cut down by a British expedition and carried back to the Royal Geographic Society in London, where it is still on display today.

Livingstone, weakened by malaria and suffering from chronic dysentery,  entered Bangweulu at the height of the floods in April 1873. As his sickness worsened his followers carried him out to the first dry land settlement they could reach. He died in Chitambo village on 1 May, 1873. His followers removed his heart and buried it at the foot of the mupundu tree before carrying his body all the way back to Dar es Salaam, from where his body was shipped back to England and buried in Westminster Abbey.

Today, visitors have a chance to meet the current Chief Chitambo IV who is a direct descendant of the Chief who received Livingstone. Kasanka National Park will provide advice on traditional customs when meeting a chief.

Activities include village tours and fishing.