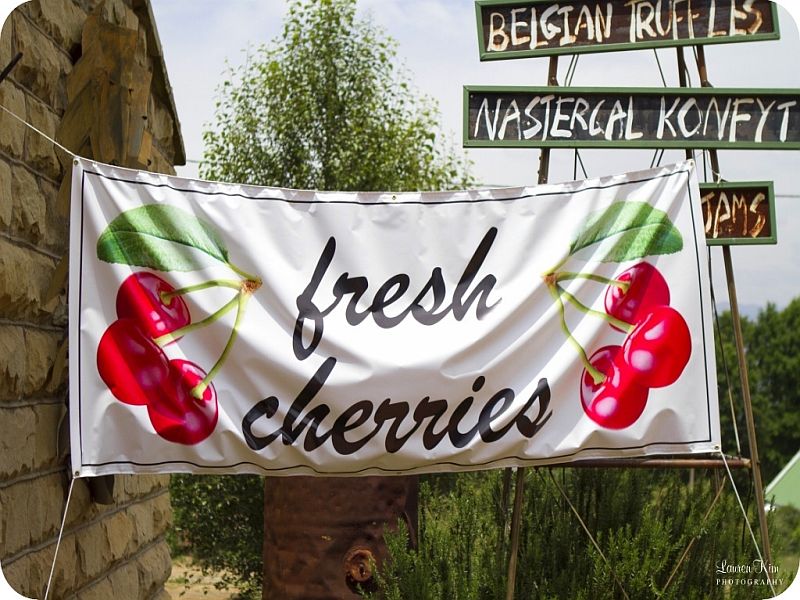 This year the annual Cherry Festival, the oldest crop festival in South Africa, will take place for the 42st year in succession and it promises to be bigger and better than ever before.

While still offering something for everyone, the emphasis will shift slightly this year, focussing squarely on sport and festinas can look forward to meeting some of this country’s best-loved sporting greats.

There will also be soccer, rugby and cricket workshops for different age groups on all three days of the festival where ex-stars of the various disciplines will share their skills with young Bafana-Bafana, Springbok and Protea hopefuls.

The special tours to cherry and asparagus farms are always a highlight for visitors to the Cherry Festival – especially city slickers who have never seen how their favourite delicacies are produced – and people will once again be able to book for outings during which they will be able to pick their own cherries, etc.

Visitors will also be able to visit a farm in the Clocolan district where essential oils are produced.

Those wishing to break away from the hurly-burly of the Cherry Festival itself can take a cruise along an unspoilt waterway just outside Ficksburg aboard South Africa’s only floating cigar bar, the White Mischief.

During the cruise they will be able to spot the numerous species of birds and game which call the area home. They will also be served a mouth-watering gourmet meal at the halfway-point and, of course, while they take their ease on board, they can savour the single malt whiskies for which the White Mischief has become famous.

During the Cherry Festival some of South Africa’s top entertainers – such as Joanita du Plessis, Ezulka van Zyl, Glaskas and Romanz, – will take the stage to electrify and delight the crowd.

There is also food for the soul, like Flowers of Praise – the annual display of floral art at the Methodist Church or a visit to All Saints Anglican Church to view the magnificent coloured glass windows which depict the area’s many indigenous flowers.

Besides cooking workshops, this year there will also be a herb workshop, a ribbon embroidery workshop a wedding workshop and an art workshop for those of a more creative bent.

The White Mischief as part of the Cherry Festival tours and there all year round:

Sit back and enjoy a cocktail – and even, for the more adventurous, a cherry (or other) cigar – aboard the White Mischief. For the delectation of connoisseurs, we have a collection of fine single-malt whiskies, truly the Best of Scotland, on board which can be enjoyed on one of our decks as we cruise along the waterway while you enjoy the spectacular African sunset.

Unwind from the stress of city life as you relax in the scenic beauty of this breathtaking landscape aboard the White Mischief, which has gained fame as the only floating cigar bar in Africa.

The duration of the cruise along this picturesque waterway is approximately three-and-a-half hours and we journey along the Meulspruit before we stop and disembark for a game-viewing excursion. The waterway winds its way through the privately-owned Thaba Sediba Private Nature Reserve. The reserve was originally designed as a hunting reserve with a beautiful lodge built on a sandstone cliff overlooking the Meulspruit. It is home to over 15 species of animals, including over 400 antelope. Over 100 species of birds have been sighted here. Spectacular Fish Eagles, Goliath Herons and Malachite Kingfishers can be spotted along the banks. Many of the birds are migratory.

At the halfway-mark, passengers disembark at a purpose-built lapa, where they will be served a delicious gourmet meal, before they re-embark for the return leg of this leisurely cruise.

We now also offer the Highlands Whisky Route, during which passengers can sample the best single-malt whiskeys available, as an addition to the cruise.