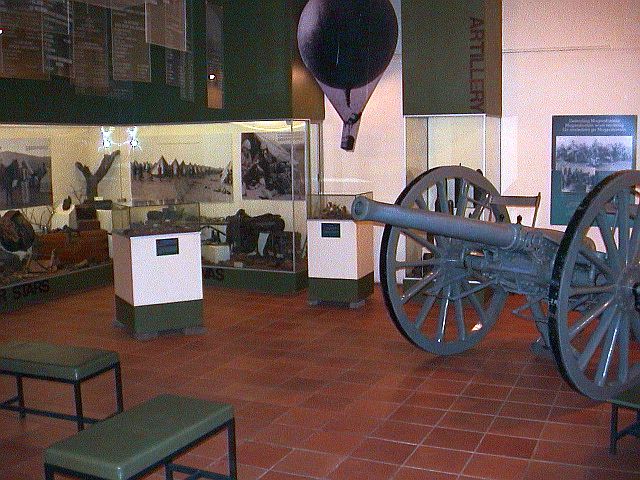 At the battle of Magersfontein on 11 December 1899, General P.A. Cronjé and his Boer troops defeated the English. The English was meant to siege the railway to the north and to relieve the besieged Kimberley.

The Magersfontein Battlefield Museum has also been renovated and an excellent new audiovisual display has been installed. Experience the battle with the gunfire as background in a reconstructed trench and watch the battle taking place right in front of your own eyes. The museum exhibition was also modernised and revamped to give visitors an up to date display of what happened during this battle. Replicas of guns have also been placed on the original positions on the various sites in the veld.

Every effort has been made to accommodate people with disabilities. Wheelchair paths have been added at Magersfontein so that physically challenged people can now also experience the koppie and the wonderful view from the observation post.