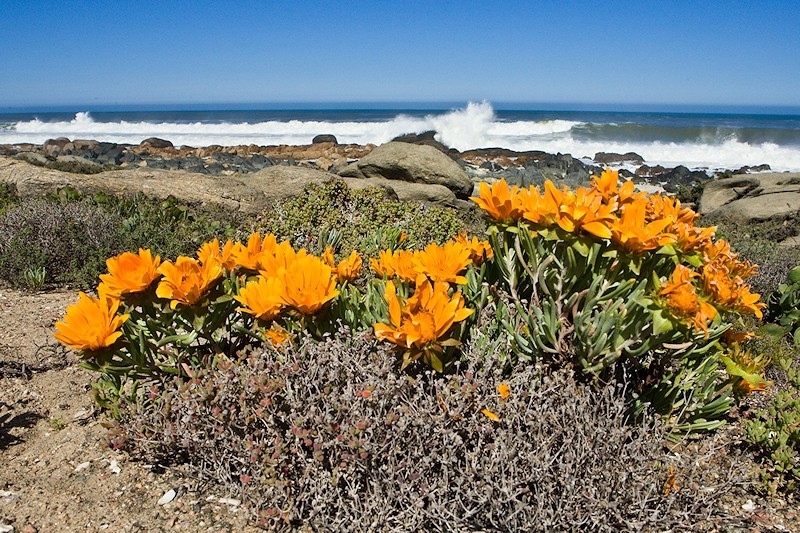 Every turn in the road paints an unforgettable picture: valleys filled with Namaqualand daisies and other spring flowers that pulse with sheer energy and joy. Next to some eye-catching succulents, a porcupine and a tall aloe pay witness to a baboon overturning a rock and pouncing on a scorpion. During early August and September, seemingly overnight, the dusty valleys of Namaqualand are transformed into a wonderland, carpeted with wildflowers. With its winter rainfall, Namaqualand is home to the richest bulb flora of any arid region in the world and more than a 1 000 of its estimated 3 500 plant species are found nowhere else on earth.

Escape to the land of contrasts, where the rigorous climate has created a myriad of life forms superbly adapted to their specific habitat. Fields of flowers, star studded nights, quiver trees, enormous granite outcrops and the icy Atlantic are but a few wonders that await the visitor to what is truly the Creators’ playground.