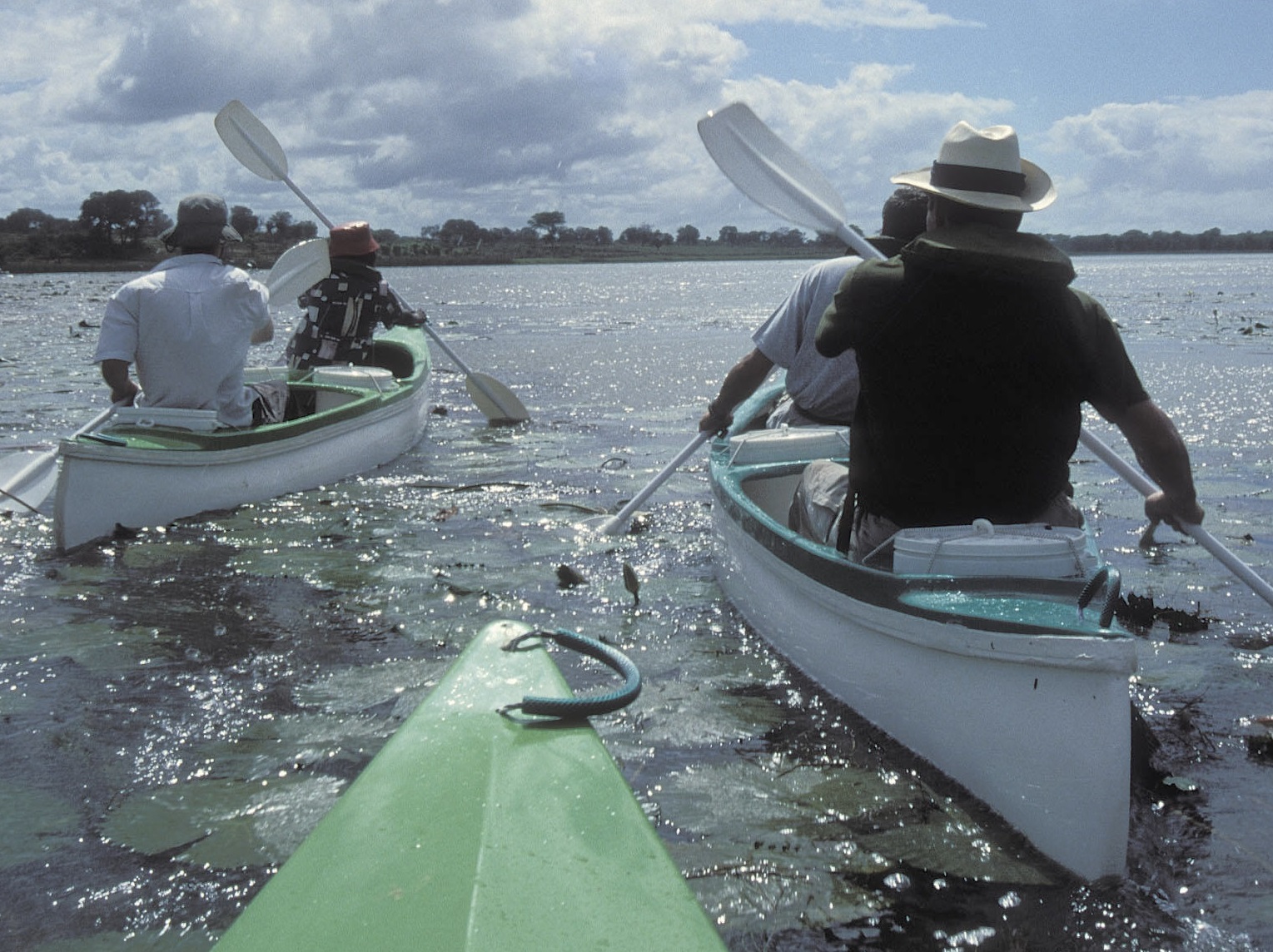 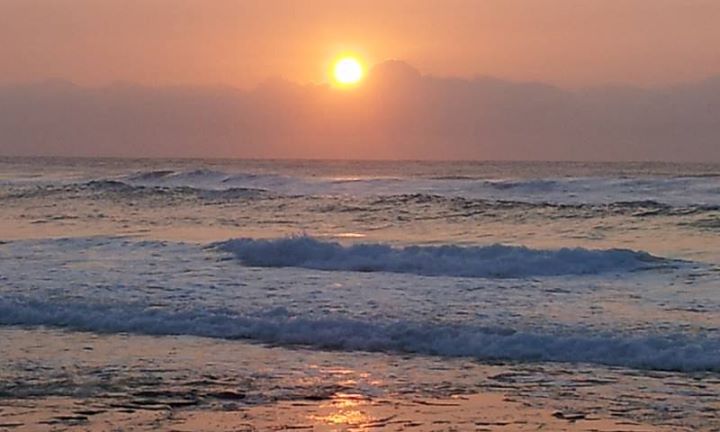 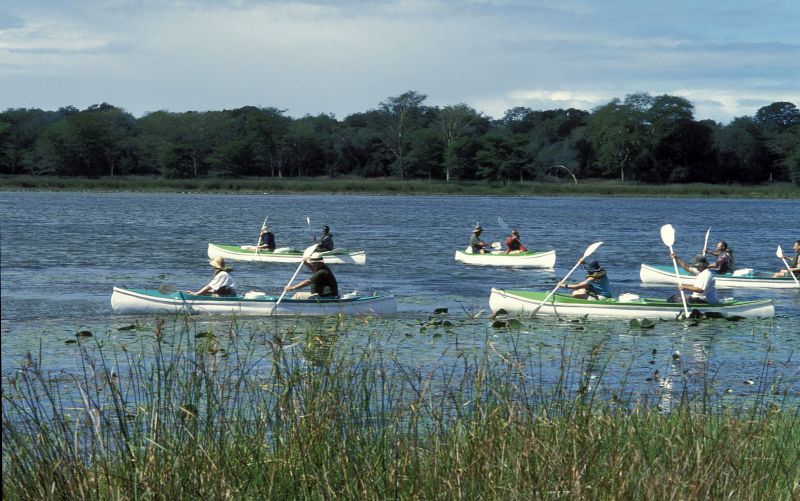 The North Eastern section of the Elephant Coast is pure, unspoilt coastline stretching from Sodwana in the south to Kosi Bay and the Mozambique border in the north. Sodwana provides an access point to 50km of unspoilt reefs for beach revellers, divers and anglers to indulge in the spectacular coastline and warm Indian Ocean (above and below the surface). The famous coelancanth – once believed to be extinct – is just one of 1 200 fish species identified here.

Lake Sibaya is a large freshwater lake with a surface area of 77km² and an average depth of 13m. Once connected with the sea, it has a bed of white sand and crystal-clear water, and is home to several endemic fish species and numerous marine invertebrates and vertebrates. Enjoy a boat trip on the lake and take in the tranquil surroundings.

Mabuso Game Reserve is a 6 000ha Community Game Reserve with 20km of lake shorefront on the western shores of Lake Sibaya, easily accessible from the new access road linking Hluhluwe to Kosi Bay. The game reserve is suited to 4x4s, and offers diverse habitats including savannah grasslands, coastal dune forests and swamp wetlands.

Mabibiis a spectacular section of uncrowded coastline remotely situated on the coastal side of Lake Sibaya. It is bordered by a rocky outcrop with channels that contain beautiful tropical fish and invertebrates. Kosi Bay is a pristine lake system made up of four interlinking lakes, and is famous for its traditional fish traps (first lake), forests, bush and pristine shoreline bordering Mozambique. Kosi Bay Reservesurrounds the lake system and is home to a large variety of birds, hippos and crocodiles. Enjoy a spectacular view of the interlinked lake system and particularly the traditional fish kraals that criss-cross the first lake. Activities at Kosi Bay include canoeing, hiking and horse riding.

Banganek is situated on the northern section of the coastal forest between the lakes and the Indian Ocean close to Kosi Bay mouth. Experience the natural and cultural diversity of the Kosi Bay area at one of the four community-owned and run campsites or forest camps.  Local guides are available to explain the unique ecosystem and fishing methods of the amaThonga. Half- and full-day trips to the Kosi River Mouth, Black Rock and Dog Point are available, as are trips to view turtle nesting sites during the summer months (November – January). South Africa - KwaZulu-Natal
The North Eastern section of the Elephant Coast is pure, unspoilt coastline stretching from Sodwana in the south to Kosi Bay and the Mozambique border in the north. There are unspoilt reefs, freshwater lakes and game reserves.