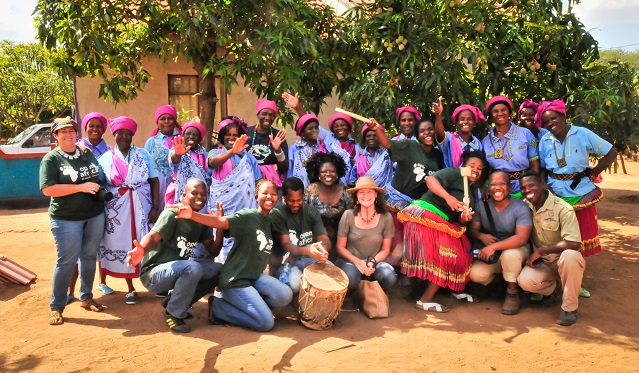 In October 2015, Open Africa appointed nine Route Mentors as part of a programme funded by the European Union Delegation to South Africa. The Mentors are based in various geographic locations across South Africa, and will provide the necessary support and mentorship to get the route management structures working more effectively until they become sustainable. These mentors bring a wealth of tourism experience and expertise to the project and will help increase the efficiency and capacity of the Open Africa team.

Limpopo mentor Lisa Martus, has always had a passion for tourism. After travelling as a young girl she returned to South Africa where she used her degree and teaching diploma in an eco-focussed school. She also found inspiration at a small tented lodge near Hoedspruit, where she offered walking safaris before she began running Kurisa Moya, one of the top Birding and Eco-Lodges in the country. Lisa sees tourism in South Africa as a colourful tapestry of vastly different cultures woven together to create something unique and even more beautiful.

‘I have learnt what I know about tourism by ‘doing’ – jumping in with both feet.  I also write for Country Life Magazine because there are so many inspiring tourism destinations in Limpopo and wonderful stories to tell. The wealth of innovative, creative people inspires me daily and I can’t get enough of the stories told by our rainbow nation.’

Deon Pienaar looks forward to getting stuck in. ‘I was initially approached to develop an intern programme for one of the Open Africa routes, consequently through this engagement I was offered the opportunity to become a route mentor but with a focus on further development of the youth internship programme. This appealed to me as I could really bring my skill set to the table and make a positive impact. With this programme I am living out my passion for people and development, utilizing my marketing and advertising knowledge but also my film production skills to create long lasting change within rural communities in a sensitive and meaningful way.’

Through funds provided by the European Union, Open Africa is scaling up a youth internship programme that provide local, unemployed youth an opportunity to gain valuable work experience, but also increase their skill in areas such as entrepreneurship and marketing.

Paul Miedema takes the reins in the Eastern Cape. Paul is the owner of Calabash Tours, a specialised tour operator he established in 1997 that link tourists with township communities. The Calabash Trust, which he founded in 1990, is a small NGO that works alongside his company and focuses on the development of community schools and uses permaculture, arts and drama as tools for community involvement. Calabash Tours is strongly committed to sustainable tourism and is certified with Fair Trade Tourism.

In KwaZulu Natal Kai Schulz, who lives in the picturesque midlands town of Howick and is head of Howick Umngeni Community Tourism Organisation, takes the lead as Route Mentor. ‘I’m looking forward to working with people to hopefully help them unlock the tourism potential that exists within the areas and its people.’ He believes that tourists are looking for authentic experiences and that Open Africa creates a platform for these authentic experiences to be found by the discerning traveller.

Dave O’Hearns is working in the Karoo and brings almost 30 years’ experience to the table. He first became involved in tourism overseas where he worked in the timeshare industry in Portugal and China. He worked at the Sutherland Observatory as a guide for 10 years and has been running a B&B in the town for the past 12 years.

‘I was keen to take on the role with Open Africa because I wanted a more in-depth knowledge of the people of the Karoo and the various small dorpies around me. Also, being able to give something back to the Karoo for all the pleasure it has given me was appealing.’

The exuberant Alistair Reizenberg is in charge of the Klein Karoo and belongs to one of the oldest families in the area. Alistair studied tourist guiding at Livingston Tourism Academy and Tourism Management through the local Department of Economic Development and Tourism and, despite having worked in various sectors, found his true passion was in tourism.

Alistair was attracted to Open Africa and the opportunity to become a route mentor because he wants to be able to make a meaningful and sustainable difference in the lives of local communities. ‘I’m most looking forward to the satisfaction of being able to work with a collective of like-minded motivated people who have a passion for the upliftment of rural communities through sustainable tourism.’

In the Cape Winelands, Iain Harris takes on the role of route mentor. With a background in English Literature and Journalism, Iain went on to study at Cape Town Film School and in 2005 he started up Coffeebeans Routes, which creates travel experiences around South African stories. Iain had been following Open Africa for some years before the opportunity to become a team member came about. ‘Coffeebeans was creating urban branded routes which were focused on cities, while Open Africa had been creating open source routes focused on rural areas. I was keen to follow the development of an organisation working form similar premise but in very different ways.’

The proposal to work with Open Africa reached Iain shortly after he moved from the Cape Town CBD to Lynedoch, located just outside Stellenbosch. ‘I had been working on new narrative experiences in the winelands and became frustrated by how obsessed the region is with wine and food, as if there is nothing else in this region. Open Africa’s proposal opened up some new angles and opportunities and I’m looking forward to connecting with communities and stories around Kylemore, Pniel and Lanquedoch.’

In October 2015, Open Africa appointed nine Route Mentors as part of a programme funded by the European Union Delegation to South Africa. The Mentors are based in various geographic locations across South Africa, and will provide the necessary support and mentorship to get the route management structures working more effectively until they become sustainable.

I am inspired by stories, by cultures, by nature and by experiences, real and authentic ones. South Africa is so rich in these kind of experiences so I am inspired to be part of an orginisation that endeavours to make these experience possible for people in a responsible and innovative way. - Deon Pienaar

Tourism in South Africa as a colourful tapestry of vastly different cultures woven together to create something unique and even more beautiful. - Lisa Martus

The Eastern Cape is a gem full of potential, but it has serious challenges as a result of its history and context. - Paul Miedema 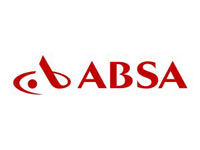 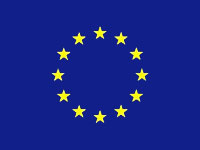 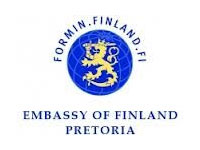