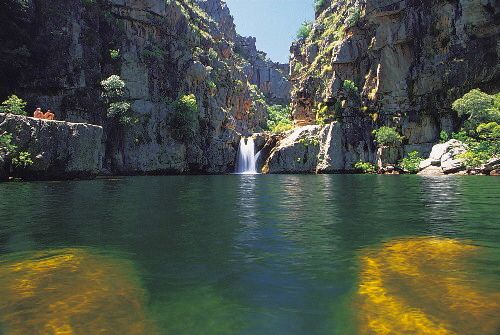 The Groot Winterhoek Wilderness Area is located in the mountains above Porterville and is well known for its scarce red disa, which blooms from January until late February, as well as beautiful rock formations and bushmen paintings.

The jagged range of the Groot Winterhoek draws itself up to 2 077m, blasted silver by the sun in summer and covered in deep drifts of snow in winter. In keeping with its atmospheric extremes, at Groot Winterhoek Wilderness Area, visitors can either indulge or test themselves. A well-equipped self-catering house, Veepos (sleeps six people), is situated up in the mountains near the entrance to the wilderness area with wide-angle views of the Winterberg. Electricity, linen, cutlery, crockery and firewood are provided. An old farmhouse at De Tronk has seven beds in four rooms. It has a flush toilet and a bath, a gas stove and geyser, and a solar panel for lights. Cutlery, crockery and basic kitchenware are provided.

There are three other reserves in the Western Cape that offer the wilderness experience – Cederberg; Boosmansbos (Grootvadersbosch); and Doring River (Outeniqua). At Groot Winterhoek, as at the others, visitors can hike where they like, as long as they are well prepared and have a permit. Paths criss-cross the mountain fynbos, but only the day trails are marked – a 1:50 000-survey map of the area will be a boon. The idea of the overnight hike is to choose a route and follow it, exploring the rock formations and caves along the way. The nine recognised day hikes vary in difficulty and length, from 5km to 16km. While there is always a chance of seeing leopards in the Cape mountains, chances are greatest at Groot Winterhoek.