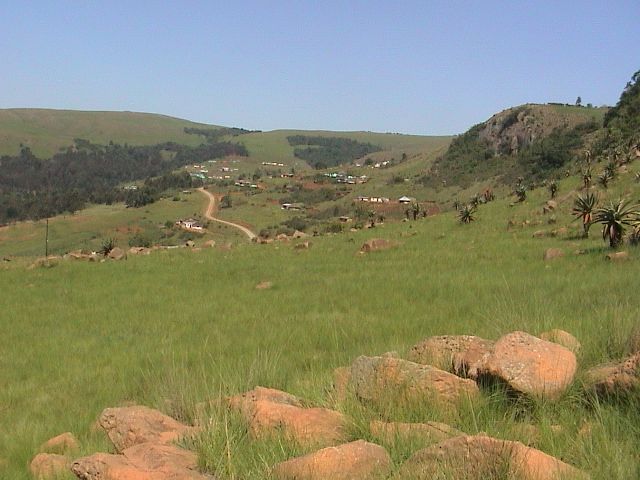 The uMngeni Footprint Route was named as such because it is located in the uMngeni Municipality area of the KwaZulu-Natal Midlands – which is known as the ‘Gateway to the Midlands’. The word ‘uMngenena’ in fact means the ‘entrance way’ or ‘doorway’ in Zulu. The Footprint part of the name is to link the route to the strong message of the Open Africa Footprint icon – that of Africans blazing a trail of footprints through Africa, of African people working together to achieve development. It also has another meaning, as the area is renowned for featuring a portion of the life-trail of Nelson Mandela – one African whose footprints are well known across the continent and the world.

The route covers the two main towns of Howick and Mpophomeni – approximately 20 minutes drive north of Pietermaritzburg on the N3. This is the area known as the KwaZulu-Natal Midlands – the centre of the South African province of KwaZulu-Natal. The route region is known as the ‘Gateway to the Midlands’ as it is the southern portion of the Midlands area.

The route focuses on two very unique towns under the one theme of their location in the uMngeni area. The two towns have such varying attractions between them that a stay of at least a few days is essential. Attractions include spectacular waterfalls, museums, community groups and projects, gardens, crafters, taxidermy, a large dam and accommodation facilities.

On a road outside Howick, is a small, insignificant-looking monument.  Yet it is here that Nelson Mandela was arrested on 5 August 1962. Mandela had left South Africa illegally in 1962 – he toured African countries and addressed European audiences with the aim to raise support for the new liberation army and to explain to the external wing of the ANC the decision to take up arms.

When he returned home, Mandela travelled to Groutville to report to Chief Luthuli. He used a cover that had proven useful before, posing as a chauffeur for Cecil Williams (a white theatre director and Congress of Democrats member). On the way back from Natal, three cars full of policemen waylaid them near the town of Howick.  Mandela was arrested, still wearing his white chauffeur’s dust-coat.

During his trial, Mandela electrified the court by wearing a traditional Xhosa leopard-skin Kaross, saying that he was symbolising the fact that he was a black man walking into a white man’s court. Mandela was later found guilty of the charges of inciting people to strike and for leaving the country without a passport. He was sentenced to five years – the heaviest sentence yet imposed for a political offence.

Six months later, scores of policemen swooped on Lilliesleaf Farm, which had been the underground headquarters of the ANC. They arrested most of the ANC key leaders and several minor figures who happened to be there at the time.  All the prisoners were put on trial – along with Mandela, who was already in prison – for plotting violent revolution against the state. The trial provoked world-wide demonstrations and elicited intense international pressure.

Mandela prepared his own final statement before sentencing. In conclusion he proclaimed that he cherished the ideal of a free and democratic society: “It is an ideal which I hope to live for, and to see realised.  But my Lord, if needs be, it is an ideal for which I am prepared to die.”

Sentence was passed on 14 June 1964, and instead of the death penalty, for which Mandela and the other accused had prepared themselves, they were sentenced to life imprisonment. It is the sentiment of many that the protests from around the world saved Mandela and his fellow accused from the death sentence.